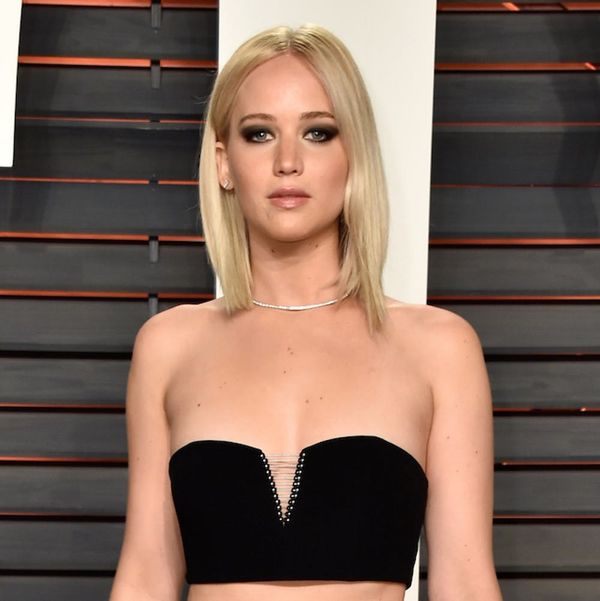 Jennifer Lawrence is arguably just as famous for her outspokenness as she is for her acting. While her candid nature has drawn both praise and criticism from fans, a recent run-in with the paparazzi has left them somewhere in the middle.

The situation arose when a number of photogs gathered to wait for the Passengers star at the airport. A TMZ reporter inquired about a recent scary airplane situation, in which the aircraft she was aboard had to make an emergency landing for double engine failure. While waiting for a response, he reached down to pet the star’s traveling companion — her dog Pipi. While Lawrence didn’t respond to his question, her reaction to his dog-petting was swift, scooping up her pup while saying, “Don’t touch my dog, you f*cking loser!”

Guess what happens when you try to touch Jennifer Lawrence's dog! #TMZ pic.twitter.com/Bc1vH6nUiA

Needless to say, the internet had some *feelings.* Some felt that the photog was out of line for touching her pooch without permission…

Paparazzi approach Jen at the airport, touch her dog without her permission and people are still mad at JENNIFER LAWRENCE? pic.twitter.com/UaTkBYDSgB

While others are amused at the star’s sass.

Not everyone’s on team JLaw, though. Some found the 26-year-old’s reaction downright rude.

OMG!! My feelings have change about her after that. Wow!

@charliewcotton I'd let you pet my dog. Wow, how rude was that @jennifer lawrence

The actress hasn’t commented on the sitch.

What do you think of JLaw’s reaction to the paps? Tell us @BritandCo!

Kat Armstrong
Kat has been a writer, social media maven and mom for longer than she's willing to admit. She's also spent time in front of and behind the camera, interviewing celebs, politicians and acting as a producer for fashion and artistic photography shoots. When she isn't writing for various orgs and publications, she's hanging with her kids, husband and French Bulldog, Peter, in Toronto, Canada.
Controversy
Celebrity News
Controversy Dogs