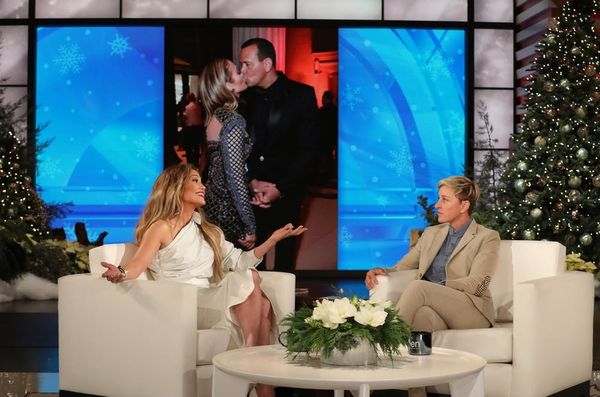 Jennifer Lopez and Alex Rodriguez have been happily together for almost two years, but when it comes to making their commitment more official, J.Lo says she doesn’t know if an engagement is in the future.

Appearing on The Ellen DeGeneres Show on Thursday, November 29, the Second Act star kept her cool when DeGeneres grilled her about their marriage plans (or lack thereof). “Your boyfriend … he said that y’all are going to be getting married,” DeGeneres told J.Lo. “He texted me today and said…”

But Lopez wasn’t buying it. “He did not say that,” she retorted. “Let me see the text.” Conveniently, DeGeneres said she didn’t have her phone with her.

It was a friendly exchange between the singer and the host, but Lopez was sure about only one thing — that she wasn’t sure a wedding was in her future. “I don’t know,” she said coyly. “I don’t know.”

This isn’t the first time that marriage talk has come up for Lopez and the retired New York Yankees athlete. In May 2018, when J.Lo released a new Spanish-language single, Jimmy Fallon grilled her on the meaning of the song, the title of which translated to “the ring.”

“Alex, are you watching?” Fallon joked at the time, holding up a photo of the couple at the 2018 Met Gala. Lopez laughed with the late-night host as she joked that there was “no pressure” for her boyfriend. “The song is definitely about that, it is,” she said. “But I felt like it was something that all women get to a point where they say, ‘Okay, what’s up?'” she continued, pointing to her ring finger. “Like, we’re good, everything’s great, what’s going on? Am I staying or am I [leaving]?'”

With the holidays around the corner, it’s likely that the couple will once again celebrate with their blended family — with or without a ring.

Do you think J.Lo and A-Rod will get married? Let us know @BritandCo.