This Is the One Thing Jennifer Lopez Never Drinks 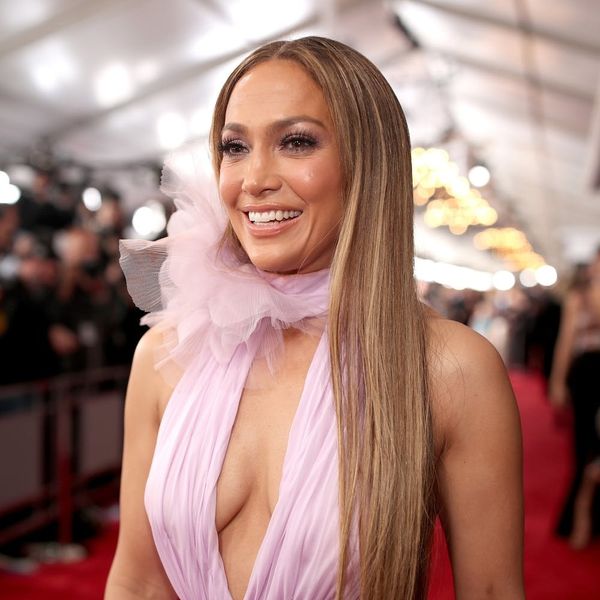 You know how celebrities are always asked about their beauty secrets? And you know how they usually rattle off a bunch of expensive products with exotic ingredients? Yeah, not JLo.

In an interview with UsWeekly, Jennifer Lopez revealed her number one beauty trick, and it’s not what we expected.

At 46, the musician-slash-actress-slash-businesswoman has a ton of beauty products at her disposal, but what she doesn’t have is caffeine. “That really wrecks your skin as you get older,” Lopez told the mag. That means no coffee, no Iced Tea, no Red Bull (is that still a thing?).

Obviously, the mogul has her reasons. As Extra Crispy’s Kate Welsh notes, too much caffeine can be dehydrating and even “activate stress hormones, which affect your skin’s oil production.” Translation: zit city.

Lopez doesn’t just ditch the coffee, though. She also shies away from drinking and smoking too.

Considering the fact that she has two trainers — one on each coast — she probably doesn’t have much time for those vices anyway.

#ShadesOfBlue is a KO tonight at 10pm on NBC!

Lopez’s twins, seven-year-olds Emme and Maximilian, play a big part in her own diet. “We eat a lot of green vegetables, asparagus, Brussels sprouts, broccoli, and kale,” she told Us Weekly. And when she kicks off her morning with her kids at 6:30am, she’s usually well rested. Apparently, she aims for a solid 8-10 hours of sleep. (Don’t we all.)

Between recording new music, running her empire, raising her twins, and yes, dating baseball legend Alex Rodriguez, it’s shocking she can keep it all together without a single Americano. Color us impressed, but make no mistake: We’re not quitting our Starbucks addiction just yet.

Could you manage to give coffee up? Let us know @BritandCo!