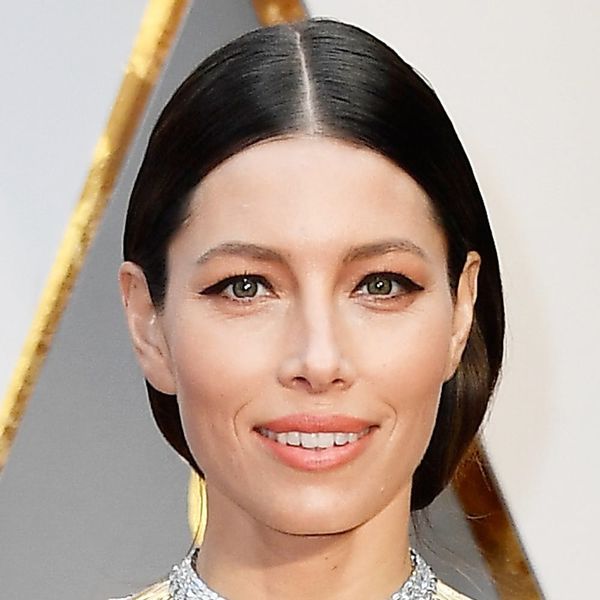 When we think of Jessica Biel’s hair, we tend to think of sleek and straight locks that are loose, pulled back, or sideswept, peppered with the occasional beach wave (like the ones she rocked to this year’s Critics’ Choice Awards). Definitely nothing too crazy (girl was once a television reverend’s daughter, after all).

Needless to say, we were NOT prepared for the wild, wild ‘do the 35-year-old mom just debuted over on Instagram that, quite frankly, gave us flashbacks of an ‘80s video vixen (Tawny Kitean, anyone?).

Hair's to you! Happy birthday to the spectacular @johneshaya.

“Hair’s to you! Happy birthday to the spectacular @johneshaya,” the former 7th Heaven star wrote of her hair-raising mug shot.

It’s unclear if the curled, voluminous look is indeed comprised of Biel’s own natural tresses, or is rather a wig, but judging by the caption, we’ve got a feeling it’s one her stylist has been itching to try out on the actress for some time. Or, perhaps it’s for a new role? Though she doesn’t have anything listed as being currently in production, JT’s wife DID just wrap a TV movie called The Sinner and a thriller called Shock and Awe, so it’s also entirely possible we may see the look on-screen.

The hairdresser offered little more insight into inspo for her new style over on his own page, simply reposting the shot with a simple, “Thanks lady!”

Guess the trendsetters had it spot on with their fashion predictions for 2017: The ‘80s are BACK, y’all!

What do you think of Jess’s new look? Tell us over @BritandCo.