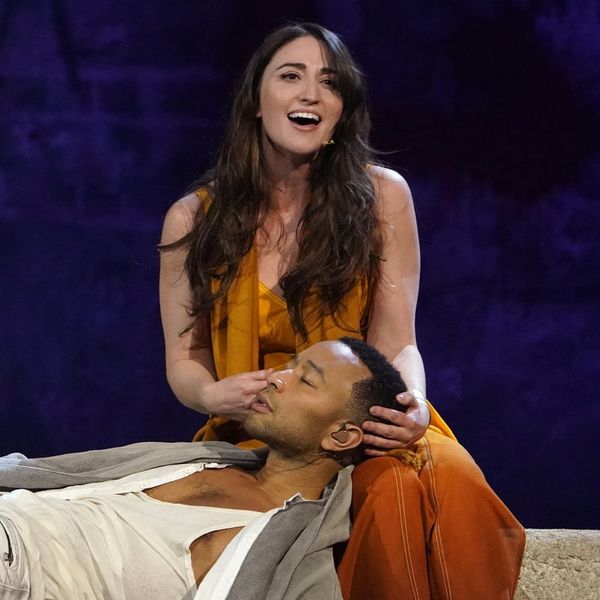 NBC’s production of Jesus Christ Superstar Live in Concert on Easter Sunday, April 1, was easily the network’s best attempt at a live musical thus far. The cast was incredible, the costumes were fun and flashy, and the stripped-down staging was perfect for the rock-concert format of the show. Read on for the nine best moments of the night.

9. Wakanda Forever: As Judas, Brandon Victor Dixon was a standout anytime he was on stage, and the bows were no exception. During his curtain call, he threw up the “Wakanda salute” from Black Panther — a gesture that did not go unnoticed by Twitter.

8. “King Herod’s Song”: Alice Cooper was born for this role. It’s actually weird that he hasn’t played it before.

7. “Gethsemane (I Only Want to Say)”: John Legend left it all on the stage for this number. It’s a difficult song to both sing and act, and the anguish in his voice was palpable.

6. Every Time Norm Lewis Opened His Mouth: Norm Lewis was stellar in the role of Caiaphas. Those bass notes were truly something else, especially coupled with Jin Ha’s countertenor. Lewis should be in everything, forever.

5. “Everything’s Alright”: Sara Bareilles’ first song as Mary Magdalene was a great one. Listening to her tell John Legend that everything would be alright made us feel like everything actually would be alright. Also, has there ever been anything more relatable than a song about a woman telling two agitated men to just relax and maybe go to sleep?

4. “Could We Start Again, Please?”: This song was the perfect change of pace after Cooper’s rockin’ rendition of “King Herod’s Song.” Bareilles and Jason Tam gave a lovely, plaintive performance.

3. “Superstar”: This song comes at kind of a weird moment in the show — Jesus is about to be crucified, and Judas (who is dead at this point) is singing to him and questioning whether there’s really a divine plan. It’s an unexpectedly upbeat number, and in this case, it was a showstopper. Dixon sang the hell out of it — while wearing sparkly chainmail, no less — and the team of backup singers and dancers alongside him made it one of the most energetic and dynamic performances of the night.

2. “I Don’t Know How to Love Him”: This is probably the most well-known song from the musical, so expectations were high — and Bareilles more than lived up to them. Her voice is perfect for Mary Magdalene, and she nailed the feelings of sadness and longing that come with these lyrics.

What did you think of NBC’s Jesus Christ Superstar Live in Concert? Tell us @BritandCo!