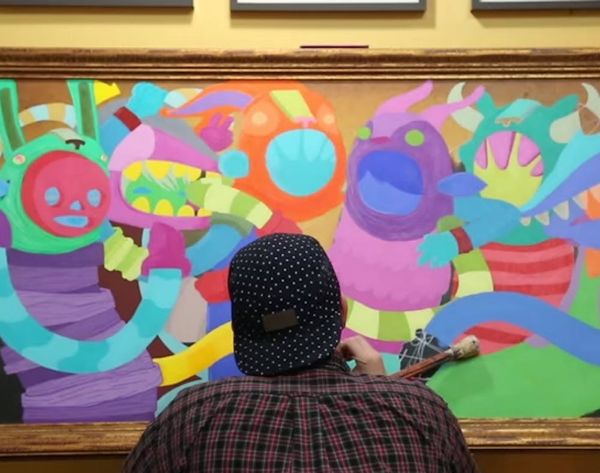 Gather up the tissues, folks. JetBlue recently launched Fly It Forward, a campaign that gives away free flights to people who are on a mission to inspire… and the video is, well, inspiring. The promotion began with JetBlue crew members, who nominated individuals in their communities who they thought deserved a flight. The first winner was Tameka from Chicago, the director of I Grow Chicago, which is an organization that provides a safe place for at-risk members of the community. Tameka had been invited to attend the World Conference on Indigenous Peoples at the United Nations, and JetBlue was happy to hand her a Fly It Forward ticket for the trip.

From there, Tameka was asked to choose the next recipient from the nominees. Tameka passed the baton to Teena, who was recovering from a year of physical therapy to get to a point where she could travel again. She wanted to show others that, despite the challenges, it wasn’t scary to get back out there and see the world. And Teena passed her Fly It Forward ticket on, and so on and so forth.

In their blog post about the #FlyItForward campaign, Senior VP of Commercial Marty St. George says, “Everyone travels for their own reasons. It’s those stories, those connections with individuals that inspire us all. We’re pulling the humanity and goodness that already exists to the forefront by making the sharing of these stories possible.” It’s really shaping up to be a beautiful series so far and we are excited to see where the next flyers end up.

If you could give someone a free Fly It Forward ticket, who would it be and why? Inspire us in the comments below!

Annie D'Souza
Annie is the founding father and editor-in-chief of The Midwestival and a long-time jean-on-jean enthusiast.
Home News
More From Home News