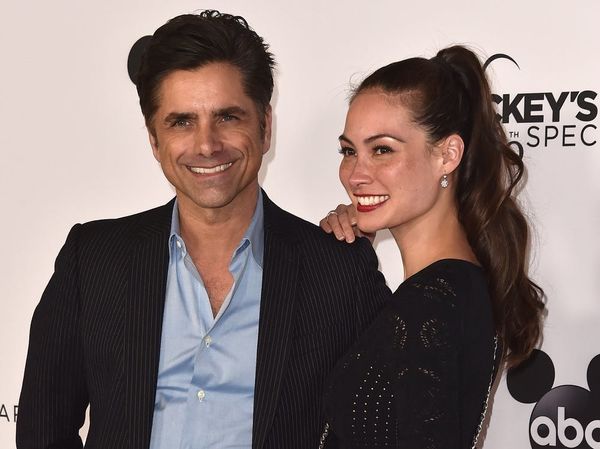 John Stamos couldn’t help getting emotional as he shared some adorable pictures of his baby boy Billy during an appearance on Live With Kelly and Ryan on Thursday, October 18.

“You have one of these electric smiles, John,” host Kelly Ripa noted when a photo of Stamos and his six-month-old son popped up on the screen. “But your smile [while you’re] holding your baby is even more—”

She couldn’t quite finish her thought, though, because at that point she noticed Stamos tearing up. “Oh look, now you’re crying.”

The Fuller House star nodded, explaining, “I miss him. This is the longest I’ve been away from him. I’ve been waiting my whole life for this. I’m so happy, I’m so happy.”

He then prodded Ripa, who has three children of her own, for a little advice, asking, “How did you keep them alive?”

“You know what?” she replied. “They want to live, so they figure it out on their own. … The first one is the hardest. First child is the first pancake. Think about the first pancake on the griddle. Burned on one side, raw on the other. … I’m just saying, each subsequent child gets easier.”

Stamos may soon find out. The actor said that he and his wife, Caitlin McHugh, are already trying for baby number two, so we might be seeing a sibling for Billy sooner rather than later.

Do you think raising children gets easier after the first one? Let us know @BritandCo!