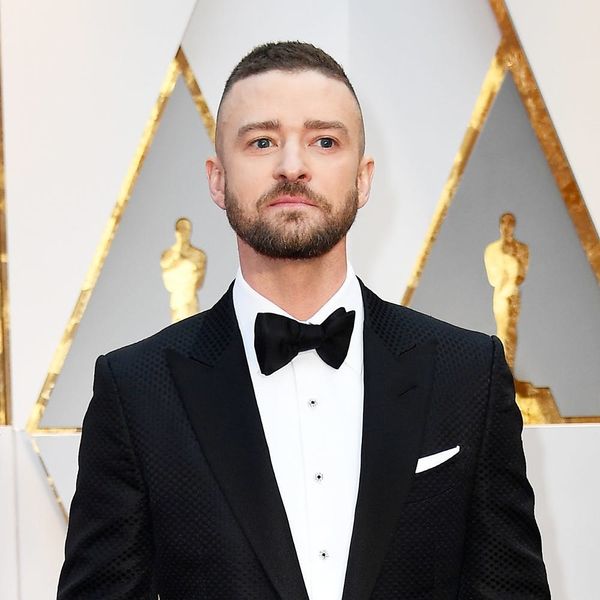 We’re all about Wonder Woman these days, and we’ll always have a soft spot for Captain America, but not every hero has (or needs) superpowers. Justin Timberlake came to the aid of an injured woman — WITH A SONG NO LESS — and we’re weak in the knees just thinking about it.

According to People, Timberlake was participating in the American Century Celebrity Golf Championship at the Edgewood Tahoe Golf Course in Stateline, Nevada, on Wednesday when someone in the crowd was struck by a ball.

Though Timberlake wasn’t the one responsible (it seems it was someone in his group who hit the errant ball), he immediately rushed over to help.

After making sure the crying woman was okay after being hit in the stomach with the ball, he sang to her to cheer her up (!!!) and gave her a high-five before returning to his game.

Retired NFL player Tony Romo explained what happened during a news conference covered by SportsDay: “[Timberlake] ran over and sang her a song right away… And I told Justin, I said, ‘You don’t want to be the first one to get there because if you are she’s going to think you hit her.’ He didn’t catch that part.”

Sure enough, after Timberlake walked away, someone apparently called out, “Can she talk to you afterward because you hit her?” Romo said that Timberlake set the record straight immediately, telling the person, “I didn’t hit her. Like I was coming to be nice, like help.” He then turned to the crowd, saying, “I want everyone here to know I didn’t hit her.”

While we’re pretty sure we’ve had dreams that involve JT sweeping in like some sort of knight in shining armor, this lucky (?) lady actually got to experience it… in a way. We just hope she’s not too bruised.

How would you react if Justin Timberlake showed up to save the day when you were injured? Let us know @BritandCo!