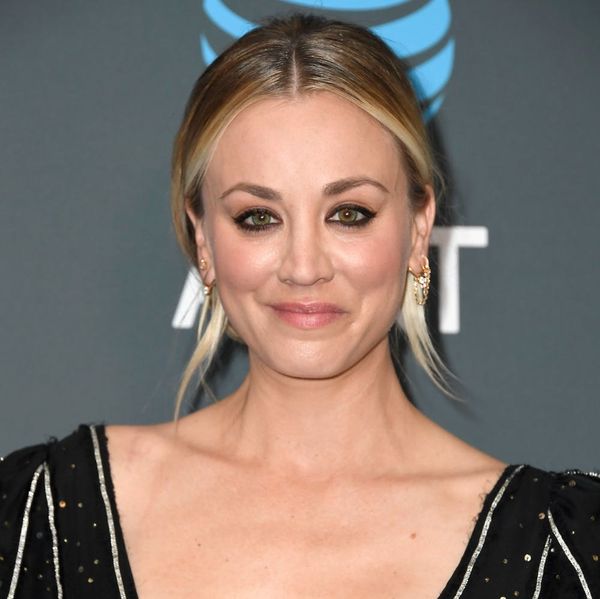 Can you imagine The Big Bang Theory without Kaley Cuoco?! The actress has starred as Penny on the popular comedy for over a decade since it premiered on CBS in 2007. But in an interview with TV Insider, she revealed that she was initially rejected to play the show’s female lead — a totally different, touch-as-nails character named Katie — for being too young.

Despite the fact that Cuoco had already appeared on series like 8 Simple Rules and Charmed as well as nabbing smaller roles on everything from Northern Exposure and My So-Called Life to The Ellen Show and 7th Heaven, she was barely out of her teens when she first auditioned for The Big Bang Theory.

“I didn’t get [the role of Katie, which later became Penny] the first time around. I was too young, which I love saying because I don’t get to say that I’m too young anymore,” she said while laughing. “Then, a year later, I heard they were doing it again, and they brought me back in to read for Penny.”

Peter Roth, president and chief content officer at Warner Bros. Television Group, explained the story behind the female lead character, saying, “In the first pilot, the character of Penny [originally named Katie] was not as appealing as that proverbial girl next door. It was not the actress [Amanda Walsh] but rather the conceit of the character.”

Roth goes on to recall, “Fortunately, Nina Tassler, then-president of CBS Entertainment, realized we had something very special and said, ‘Let’s do it again.'”

Now 33 and the winner of a Favorite Comedic TV Actress People’s Choice Award for her role as Penny, Cuoco will soon join the rest of her cast to say goodbye to The Big Bang Theory. The beloved series ends after 12 seasons with a one-hour finale on Thursday, May 16.

Desiree O
Desirée O is a ‘Professional Bohemian’ who loves anything and everything related to the arts, entertainment, and pop culture. She ADORES being a ‘Newsy’ for Brit + Co, covering all of the latest tidbits of awesomeness that you want to read about. When she’s not writing, she’s either making messy art, going on long adventurous walks with her camera, or poking around over at bohemianizm (http://www.bohemianizm.com/). You can find out about Desirée O and her work at http://DesireeO.com/ or follow her on Twitter @DesireeO.
Celebrities
TV
Celebrities TV
More From TV