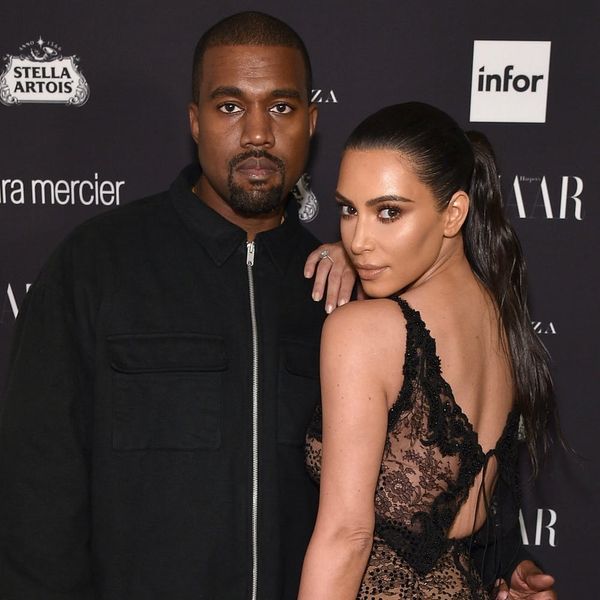 It’s a bit of an understatement to say that Kim Kardashian has had a rough month. Following her Paris robbery, she’s not only been unusually quiet on social media in an effort to protect her privacy and is talking of early retirement, but her mom, Kris, is calling her a traitor on national TV.

Needless to say, girl could probably use a bit of a pick-me-up, and that’s exactly what she got today when husband Kanye West ditched his usual theatrics (like the infamously massive diamond ring he got her, later stolen by the Paris thieves) for a gift straight from the heart.

Taking to Twitter (in the moments it wasn’t down), Kanye reminded his wife — and the world — how many people love her with an absolutely adorable compilation video featuring clips from her childhood, many of which include footage with her late father, Robert Kardashian.

“Happy Birthday babe,” Kanye said of the mini-film. Spanning 5:22 seconds and set to Kanye’s own “Only One,” the video was actually sweet enough to have us tearing up. In all the hullabaloo surrounding Kim and her famous family, it can be easy to forget that once, she was just a little girl, smiling at the camera for her “daddy,” and yet here she is, captured on film for all of us to see.

It was a gift given to Kim’s family members as well, with Kourtney retweeting the vid and Kim’s brother Rob chiming in to voice his approval.

@kanyewest this is why I love you lol

While it’s far from the first sentimental thing Kanye has done for Kim (um, hello, Mother’s Day orchestra!), it certainly has more meaning given the circumstances, and that, in our eyes (and we’re willing to bet Kim’s), is worth more than any ring money can buy.

Do you think Kanye’s gift was better than her traditionally flashy ones? Share @BritandCo.

Nicole Briese
Nicole is the weekend editor for Brit + Co who loves bringing you all the latest buzz. When she's not busy typing away into the wee hours, you can usually find her canoodling with her fur babies, rooting around in a bookstore, or rocking out at a concert of some sort (Guns N' Roses forever!). Check out all her latest musings and past work at nicolebjean.com.
Celebrity Couples
Celebrity News
Celebrity Couples Kardashians love marriage
More From Celebrity News