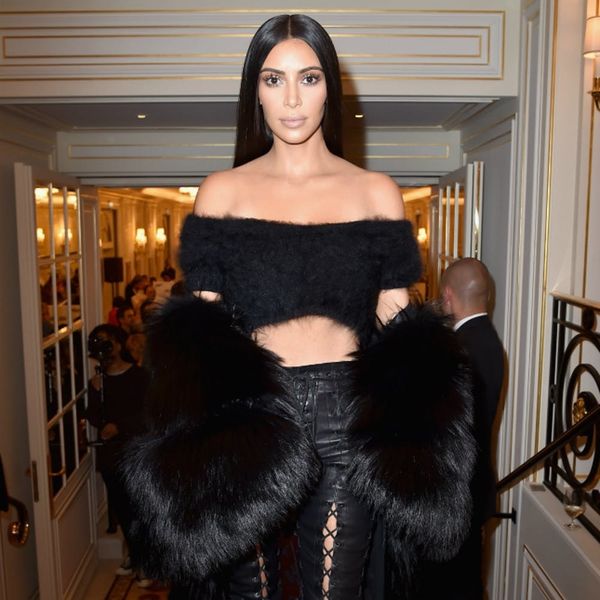 Today is Kim Kardashian’s birthday, but we don’t think we’ll see her hosting at a nightclub or sharing a huge snap story of a lavish party thrown by hubby Kanye. In the weeks since her brutal attack and robbery, Kim’s been rightfully silent on social media. And you know, we’re totally okay with it, because she deserves to be private when she wants. After her attack, many blamed the reality star for her troubles, and it’s continued to haunt her while she’s off social — but it doesn’t have to be this way.

Maybe it’s because of what’s going on in general, but we’re really getting tired of having to defend women no matter what. If it isn’t Trump grabbing a woman by her pu$$y, it’s a bunch of bros suggesting that we should be grabbed by the brains. Women aren’t here to appease anyone, and Kim’s not a toy for our amusement. She is punished when she is on social for being “too active,” she’s blamed for her own attack and now, we’re mocking her for taking a social hiatus?

It’s important for us to remember that women and celebrities don’t owe anyone anything. We are allowed to use any platform we want at any time, and that includes not using those platforms. Being upset that someone wants their privacy even after they’ve been so public is just another form of victim-blaming, right? If we’re trapped in this cycle, women basically are damned if we do AND if we don’t, and that’s an impossible standard for every woman, even Kim K.

We should probably use this as a learning moment for us and for others and actually figure out why we sometimes think we’re entitled to other people’s privacy: whether we’re gossiping, watching a reality show or reading a tabloid. Female celebs tend to get the worst of this, and we’re thinking it’s probably time to accept that everyone, even Kim Kardashian, deserves a little away time.

How do you feel about having your privacy invaded? Tell us @BritandCo!