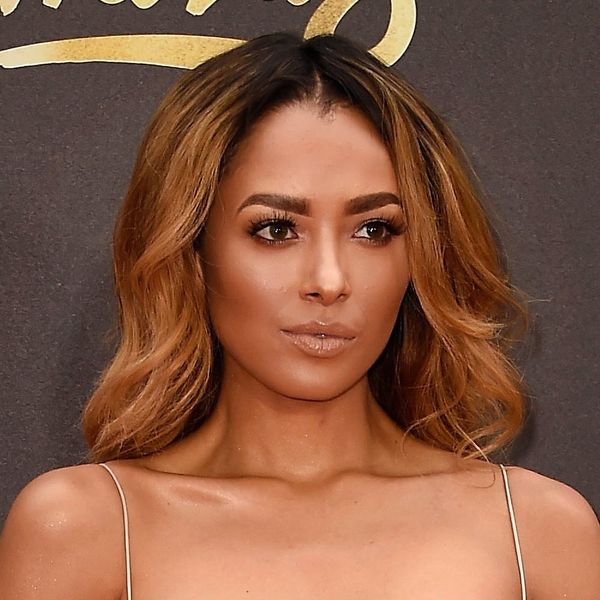 Kat Graham looked absolutely fierce at this weekend’s MTV Movie Awards, dressed in a form-fitting, blush-colored Dolce and Gabbana dress with lacing that allowed the fabric to fully hug her hips. But, wait a minute! We’re experiencing some major déjà vu here, because although she looked super-fine, Kat Graham was also making a red carpet fashion faux-pas by wearing the exact same dress as Beyoncé’s 2003 look. Oops!

Beyoncé wore the corseted creation during an appearance on David Letterman in 2003 while riding high on her Destiny’s Child fame and having just released her self-titled album. Sure, it may not be a look that Beyoncé has pulled out in a while, but accidentally showing up to a major event in an already-seen outfit (especially one previously worn by the almighty Bey!) isn’t exactly a move any star wants to make.

It could have ended up in a fashion-fueled feud or head-to-head ‘who wore it better’ moment, but Graham responded by tweeting a gracious, “OMG just now seeing the photos! Had no idea we wore the same dress! She slayedddd! I wouldn’t have worn it duh! #beyoncegetsalltheawards 🐝🐝🐝”

Frankly, we think that both ladies slayeddd!

What’s the biggest fashion faux pas you’ve ever made? Tweet us @BritandCo!

Desiree O
Desirée O is a ‘Professional Bohemian’ who loves anything and everything related to the arts, entertainment, and pop culture. She ADORES being a ‘Newsy’ for Brit + Co, covering all of the latest tidbits of awesomeness that you want to read about. When she’s not writing, she’s either making messy art, going on long adventurous walks with her camera, or poking around over at bohemianizm (http://www.bohemianizm.com/). You can find out about Desirée O and her work at http://DesireeO.com/ or follow her on Twitter @DesireeO.
Beyonce
Celebrity News
Beyonce