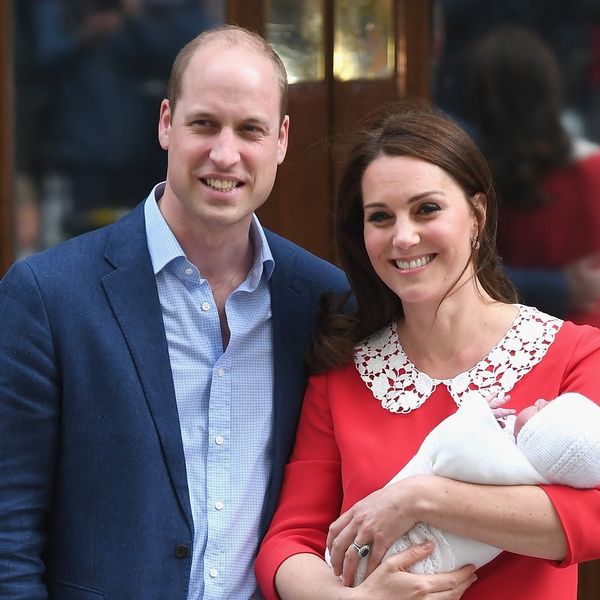 The new mother of three, 36, was radiant in a bright red Jenny Packham dress with a lace Peter Pan collar and nude Gianvito Rossi pumps.

While it’s unclear if it was intentional, the look was nearly identical to one Princess Diana herself wore while introducing Prince Harry to the world back in 1984.

Duchess Kate once again tapped her go-to designer for her latest appearance. She wore Jenny Packham several times throughout this pregnancy and chose the British designers blue polka-dot dress while leaving the hospital with Prince George, a choice similar to Princess Di’s green dotted design when debuting Prince William in 1982.

What do you think of Kate’s first look out of the hospital? Share over @BritandCo.

Nicole Briese
Nicole is the weekend editor for Brit + Co who loves bringing you all the latest buzz. When she's not busy typing away into the wee hours, you can usually find her canoodling with her fur babies, rooting around in a bookstore, or rocking out at a concert of some sort (Guns N' Roses forever!). Check out all her latest musings and past work at nicolebjean.com.
Celebrities
Celeb Style
Celebrities Celebrity Baby Celebrity Style Royal Baby Royal Family
More From Celeb Style