Kate Winslet Reveals She Did Her ‘Titanic’ Audition With Matthew McConaughey 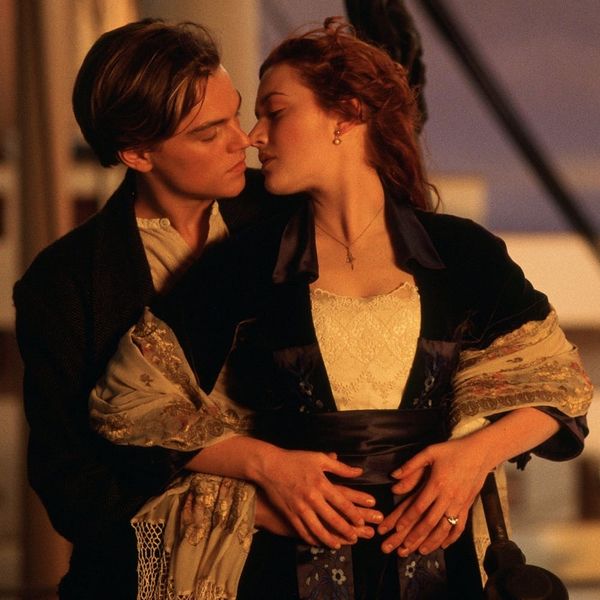 As Titanic celebrates its 20th anniversary, the team that brought the epic story to life has been reflecting on the making of the movie and its enduring legacy. Recently, director James Cameron explained why Jack didn’t fit on that life-saving door, settling two decades of debate over the issue. And now Kate Winslet is sharing some behind-the-scenes scoop — including the fact that she did her audition not with Leonardo DiCaprio but Matthew McConaughey.

There have long been rumors that McConaughey was in talks with Paramount to play Jack Dawson, while Gwyneth Paltrow was being considered for the role of Rose DeWitt Bukater. Cameron previously addressed the situation back in 2012, telling MTV News, “I will neither confirm nor deny. I just don’t think that’s cool to talk about actors that either chose not to do it, or were unavailable, or stupidly decided that there wasn’t enough meat on the bone of the character, or whatever it was.”

Winslet, on the other hand, is totally willing to dish. “I auditioned with Matthew,” she shared in a new interview with Stephen Colbert on The Late Show. “Isn’t that weird? Never said that in public before.”

Though she noted the audition with him was “completely fantastic,” she did have to agree with Colbert when he said that it would have been a “totally different” movie if McConaughey had been cast. “Southern accent Jack,” the late-night host quipped.

“It just wouldn’t have been the whole Jack and Rose, Kate and Leo [thing],” Winslet admitted. (We don’t even want to think about that!)

The Oscar winner also shared a few other insider tidbits, like the fact that James Cameron was the one who sketched her (though in a bathing suit, not nude) and how they managed to look so sweaty in that sexy car scene. “It did get quite sweaty in the car, but we were spritzed down with spray Evian bottles to make us look really like in the throes of… ”

The 42-year-old actress had her own take on that door scene, too, admitting that when Rose tells Jack that she’ll never let him go, “I lie. I fully lie. I hold my hand up, I let him go.” She thinks, though, that Jack could have done a little more to try to save himself: “He just should have tried harder to get on that door, because I think we would have [fit]!”

She and Colbert even proved her point by re-enacting the film’s ending. As Winslet dove across the desk in her slim-fitting blue outfit, her stand-in Jack got himself settled on the floor. “Promise me, Rose. Promise me this… You’ll let me get up on that door with you,” he pleaded, to which she replied, “Come on, darling, there’s room for two!”

Of course, if that had actually happened in the movie, we would’ve ended up with a happily-ever-after instead of learning that our hearts will go on.

Can you imagine Matthew McConaughey as Jack in Titanic? Let us know @BritandCo!

Desiree O
Desirée O is a ‘Professional Bohemian’ who loves anything and everything related to the arts, entertainment, and pop culture. She ADORES being a ‘Newsy’ for Brit + Co, covering all of the latest tidbits of awesomeness that you want to read about. When she’s not writing, she’s either making messy art, going on long adventurous walks with her camera, or poking around over at bohemianizm (http://www.bohemianizm.com/). You can find out about Desirée O and her work at http://DesireeO.com/ or follow her on Twitter @DesireeO.
Nostalgia
Movies
Nostalgia
More From Movies