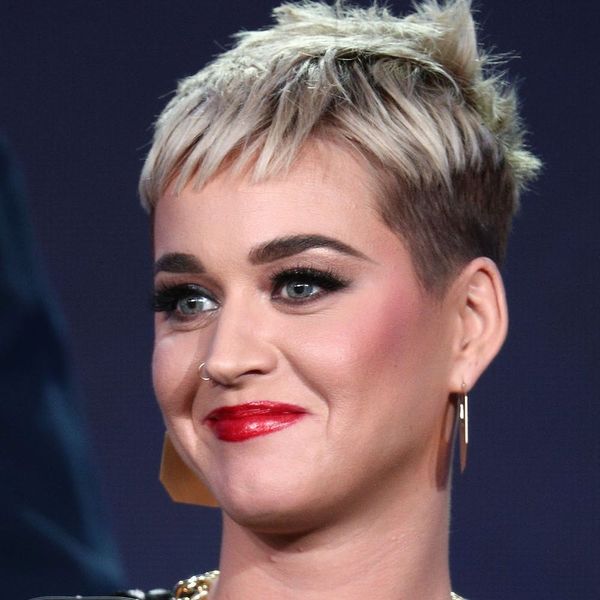 Just when we’d (almost) gotten used to seeing Katy Perry as a platinum blonde week after week on American Idol, the “Roulette” singer has switched things up on us yet again!

The reality competition judge, who has also been hitting the stage hard for her Witness tour in Asia, took to Instagram last night to show off a brand new hair color she says was inspired by her overseas travels.

And that’s a wrap on the Asian leg of Witness The Tour! Fell in love with many different cherry blossoms from Tokyo to South Korea... so @rickhenryla and I decided I should become one 🌸

“And that’s a wrap on the Asian leg of Witness!” she wrote. “Fell in love with many different cherry blossoms from Tokyo to South Korea… so @rickhenryla and I decided I should become one.”

The stylist also showed off his client’s new cherry ‘do with a shot of her holding up Asia’s favorite cartoon character, Hello Kitty. “We were inspired by the beauty of the cherry blossoms!” he confirmed.

While it’s certainly not the first time we’ve seen the 33-year-old with pink tresses — you might recall her fuschia look on the 2011 MTV VMas red carpet or the cotton candy shade she rocked for her 2017 “Chained to the Rhythm” video — it’s the biggest strand switchup we’ve seen from the musician since she ditched her signature brown-black ‘do last year.

What do you think of Katy’s pink mane? Share with us over @BritandCo.

Nicole Briese
Nicole is the weekend editor for Brit + Co who loves bringing you all the latest buzz. When she's not busy typing away into the wee hours, you can usually find her canoodling with her fur babies, rooting around in a bookstore, or rocking out at a concert of some sort (Guns N' Roses forever!). Check out all her latest musings and past work at nicolebjean.com.
Celebrities
Beauty News
Celebrities Celebrity Hair Flowers Hair Color Katy Perry
More From Beauty News