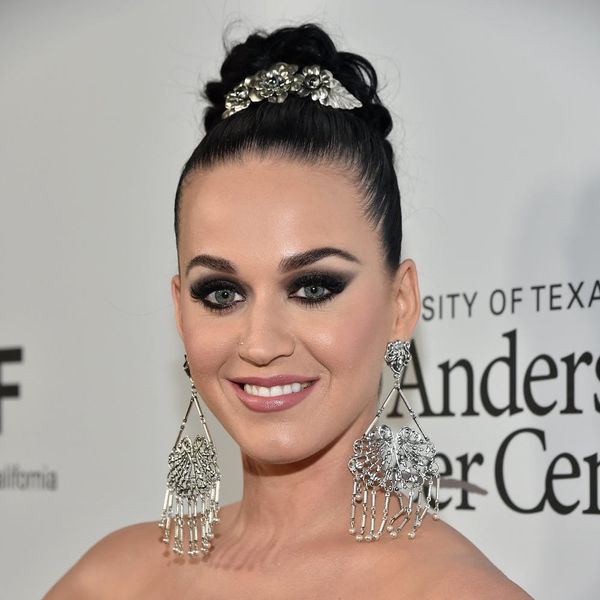 Taylor Swift may be famous for showing the world what happens when there’s “Bad Blood” between her and a certain someone else, but she’s got nuthin’ on Katy Perry. Not only did Katy apparently beat out Taylor for the Olympics song honor and potentially give a nod in the name of her perfume, now Katy may be going full-shade on Taylor with her new songs that are more than just a little suggestive.

While Taylor is off spending time with new bae Tom Hiddleston, and Katy is enjoying a nude vacay with her love, Orlando Bloom, their drama continues to brew back home. While Tay’s good-girl rep has taken a hit recently with both ex Calvin Harris suggesting that Taylor cheated on him, and the whole Kim and Kanye feud that seemed to show that Swift was being less than honest, Katy has appeared poised to rise above it all.

But now it turns out that Katy may not be playing it as cool as we thought. With word of a new album starting to buzz, the Star’s print edition has reported that “Katy is more than happy to capitalize on Taylor’s damaged image.” And how will she do that? Through her music, of course.

Star continued by revealing a few titles off of Katy’s upcoming album. “Last Cry” and “Victory” are just a bit suggestive, while “Crocodile Tears” and “She’s So Creepy” are a bit more blatant. Also, ouch!

With Katy’s new music scheduled to come out this fall and Taylor’s label dashing our dreams of an October album, it looks like Katy might have the upper hand for now.

What do you think about the possible new titles from Katy’s album? Tweet us @BritandCo!

Desiree O
Desirée O is a ‘Professional Bohemian’ who loves anything and everything related to the arts, entertainment, and pop culture. She ADORES being a ‘Newsy’ for Brit + Co, covering all of the latest tidbits of awesomeness that you want to read about. When she’s not writing, she’s either making messy art, going on long adventurous walks with her camera, or poking around over at bohemianizm (http://www.bohemianizm.com/). You can find out about Desirée O and her work at http://DesireeO.com/ or follow her on Twitter @DesireeO.
Katy Perry
Celebrity News
Katy Perry Taylor Swift