‘Keeping Up With the Kardashians’ Recap: Worst Trimester 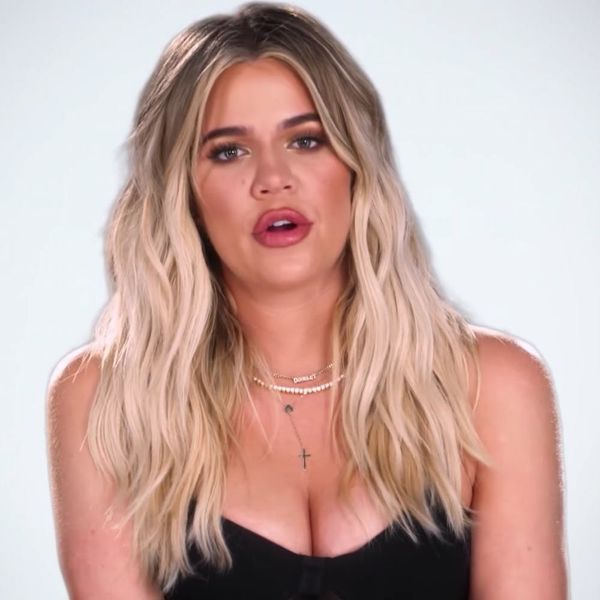 This week’s Keeping Up With the Kardashians is about as feminist as it gets on this or any show. Sit back and crank your thoughtfulness and empathy up to 11 as the family that does everything together shares the joy and pain of pregnancy, motherhood, and identities that evolve with dye jobs. It’s a bewildering journey through womanhood, but the Kardashians are inspiring enough to let us know that it is all worth it.

Khloé intends to give birth in Cleveland and lets Kim know that she has her doctor on call to fly to Cleveland when she’s ready. Kim, having given birth twice, gets real with her little sister, telling her that she can’t quite control every aspect of her pregnancy and delivery and needs to be realistic. She also lets Khloé know that she can eat her placenta with grape flavoring but doesn’t let us know what other flavor options are available. I’m holding out for pamplemousse or pretty much anything on the La Croix spectrum.

Khloé figures out pretty quickly that very little in this pregnancy will be in her control. She doesn’t produce enough progesterone and needs to take supplements in order to have a successful pregnancy. Kim has also been in this position and it is a difficult and painful situation. Khloé and Kim speak frankly and graphically about the effect this has on their bodies and, just like that, this show slyly morphs into an incredible PSA on women’s health. Khloé sharing her experience about the tumultuous nature of her first trimester and the possibility of miscarriage goes a long way for pregnancy education. You’re an inspiration, Khloprah!

The complications continue when TMZ gets a tip that Khloé is pregnant. Because she’s still in her difficult first trimester, she’s not quite ready to announce to the world that she’s expecting, and TMZ doesn’t exactly sit on these stories. When TMZ tells Khloé that she has five minutes to deny the report or else it goes up, Khloé is in an impossible situation. The article comes out, but Khloé decides that she still can’t officially confirm it until she’s further along and feels that she’s having a totally safe pregnancy. So wise. So real. So Khloprah.

Kourtney is considering freezing her eggs because this ever-growing brood needs to keep expanding far into the future in order to totally take over E!. She goes to see Dr. Huang, who tells her that he would like to get her on estrogen to help her produce more eggs on a quicker schedule. Because she would like to do it naturally, which would be a much longer process, she decides to take time to weigh her options. She consults with friends and family and discovers that while she is in a solid window of opportunity to freeze many good eggs, she might experience depression because of the hormones. She ultimately decides not to go through with it for the time being because it’s her body and her choice and she’ll do it if and when she’s ready, y’all.

Kris, inspired by Kim, wants to go blonde for the first time in her life. Kim tells her that her hair will be gummy as a result and that she should take some time to really think about it. Kris decides to ease into it by first wearing a short icy blonde wig. Kim tells Kris she looks like Miranda Priestly from The Devil Wears Prada and this allows Kris to explore the boundaries of identity and mimicry. She adopts a Miranda Priestly identity, and while it’s a shaky impression at first, she does her research and eventually settles into a solid Miranda. At a dinner where Khloé, Kim, and Kourtney all go blonde and Miranda, we see a meeting of the ice cold and fierce minds of entrepreneurial queens who will stop at nothing to build their brands, and suddenly we realize that Meryl Streep’s next big role should be playing all the Kardashians.