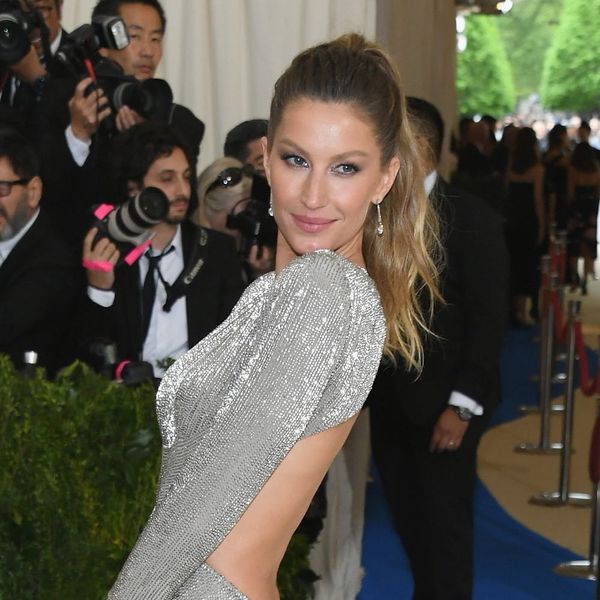 For the past 15 years in a row (yes, even post runway retirement!), Gisele Bündchen has been the highest-paid model in the world… but she was just dethroned by none other than Kendall Jenner, according to Forbes, earning a cool $22 million in 2017 alone.

The win shouldn’t come as much of a surprise for those who have been keeping up with Kendall’s modeling career over the past several years, but it’s still totally crazy that the 22-year-old earned exactly her age in millions in one year alone, proving that she’s a force to be reckoned with in the modeling industry.

Jenner’s influence is no doubt helped by her wide reach — with 85 million Instagram followers, she’s one of the biggest stars on social media at the moment. This year, Jenner appeared in campaigns with Estée Lauder, La Perla, and Adidas, among others, while also taking home the big bucks thanks to her family’s reality show, Keeping Up With the Kardashians, and her namesake clothing line with her younger sister, Kendall + Kylie.

Don’t feel too bad for Bündchen, though — she still came in second place, earning $17.5 million this year alone thanks to her work in ads for Carolina Herrera fragrance, Arezzo shoes, and Vivara jewelry in Brazil, where she’s from. Her earnings dipped 43 percent from last year’s $30.5 million, but we’re sure she’s not fretting.

As for the number three spot? That honor goes to soon-to-be mom of two Chrissy Teigen, who joined the list for the first time this year, taking home $13.5 million from her fashion campaigns and endorsement deals with food and beverage companies like Vita Coco and Smirnoff, plus earnings from her work on TV shows like Lip Sync Battle and her first-ever cookbook, Cravings.

Big ups to the fabulous ladies taking home big paychecks for their hustles this year!

Are you surprised by Kendall’s big win? Share with us over @BritandCo!

Arielle Tschinkel
Arielle Tschinkel is a pop culture junkie who went to NYU because the Olsen twins went to NYU (really). She is a freelance writer whose work has also been featured on HelloGiggles, Refinery29, SheKnows, Bustle, Hollywood.com, and many others; and she's living her dream one Britney Spears GIF at a time. Follow her on Twitter @mrstschinkel or visit her website at arielletschinkel.com.
Celebrity
Style News
Celebrity money work