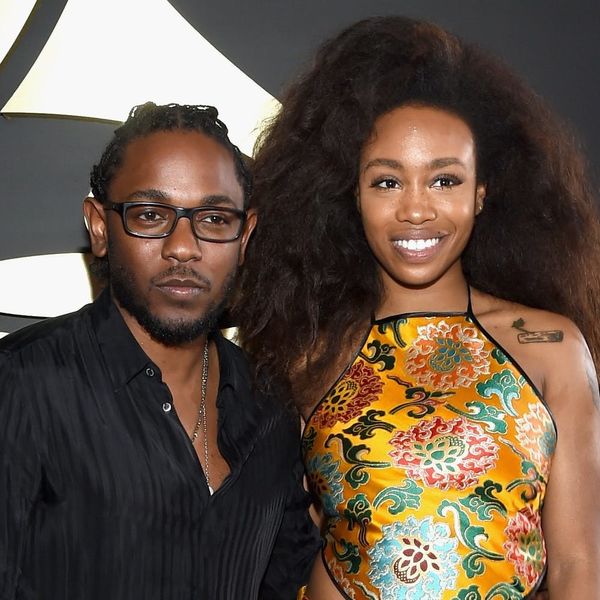 The release of Black Panther is just 10 days away, and while there’s already plenty of excitement around the movie — it’s even breaking advance ticket sales records — there’s about to be even more, thanks to Kendrick Lamar and SZA’s “All the Stars” music video, which features jaw-droppingly gorgeous visuals, a spacey dream world, and actual black panthers.

The “Humble” performer co-produced the soundtrack and performs on five of the 14 tracks, including “All the Stars” and the previously released “King’s Dead,” which features Jay Rock, Future, and James Blake.

In the “All the Stars” video, we’re immediately brought into an ethereal world that looks like it could be a painting in a museum. With Lamar gazing out at a sea of waving hands, standing on rooftops while explosions fill the air around him, and strolling among goddesses in gold while he lays down each line, it’s a feast for the eyes and the ears.

Check out the video below and get ready for the Black Panther soundtrack to drop on February 9. The movie hits theaters on February 16.

What do you think about Kendrick Lamar and SZA’s “All the Stars” music video? Let us know @BritandCo!

Desiree O
Desirée O is a ‘Professional Bohemian’ who loves anything and everything related to the arts, entertainment, and pop culture. She ADORES being a ‘Newsy’ for Brit + Co, covering all of the latest tidbits of awesomeness that you want to read about. When she’s not writing, she’s either making messy art, going on long adventurous walks with her camera, or poking around over at bohemianizm (http://www.bohemianizm.com/). You can find out about Desirée O and her work at http://DesireeO.com/ or follow her on Twitter @DesireeO.
Movies
Music
Movies Music