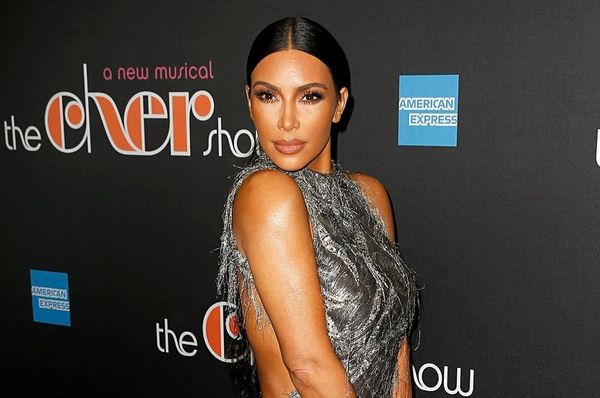 Kim Kardashian officially confirmed that she and Kanye West are expecting their fourth child, a son, via surrogate, and also gave a hint as to when the newest addition will arrive.

On the Monday, January 14, episode of Watch What Happens Live With Andy Cohen, Kardashian confirmed the news when Cohen asked if she was “working on another child.”

“We are,” the KKW Beauty founder replied. Cohen then asked if the couple had a due date. “We do,” she said, before vaguely saying that the new baby would arrive “sometime soon.”

Kardashian appeared alongside her sisters Khloe and Kourtney Kardashian, both of whom seemed surprised that their sister was revealing so many details, including that the baby would be another boy.

“I think it’s been out there,” she said, explaining her transparency. “I got drunk at our Christmas Eve party and told some people. I can’t remember who I told because I never get drunk.”

Reports first surfaced in early January that Kardashian and West were expecting their fourth child, but this is the first time the family has spoken publicly about the rumors.

Us Weekly was the first to report that the couple would welcome a baby boy sometime in early May. Other outlets, including People, have reported that they’re using a different surrogate than the one who carried Chicago West, their youngest daughter, although no comment was given to Cohen on the choice of surrogate. The new baby boy will also join big brother Saint, 3, and big sister North, 5.

What do you think Kim and Kanye will name their new son? Let us know @BritandCo!