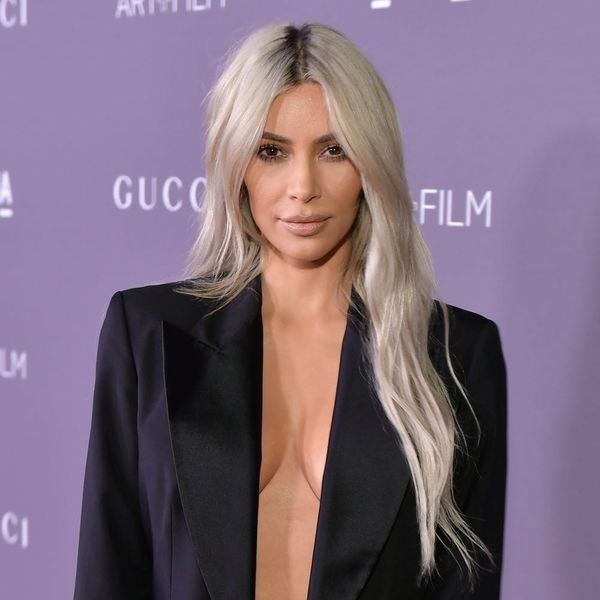 Kim Kardashian may not mind sharing clothes with her mom and sisters, but she will not share holiday decorations. The reality star gave her famous family a very clear warning against copying her “vibe” this Christmas, and she is not kidding around.

“I have warned everyone that I will come for them if they even dare try to copy anything that I’m doing this holiday season,” the 37-year-old says in a preview for Sunday’s episode of Keeping Up With the Kardashians. (Not exactly a prime example of holly jolly spirit, but it suits the family’s “go big or go home” attitude just fine.)

On a trip to the Christmas prop shop Aldek with momager Kris Jenner and sister Kourtney Kardashian, Kim reminds viewers of last year’s decoration disaster (?), when her older sister used the same dangling lights that she’d chosen for her own home. “Last year, Kourtney and I got into the most epic fight because she fully copied my lights,” Kim recalls, making it clear that such a thing will not happen again.

After pointing out several items she wants and getting into a clear-ribbon conundrum with her mother, Kim decides that it’s best to keep her plans a secret. “Why don’t we not talk about our vibes? That way, no one can, like, steal a vibe,” she says. (That *might* work, but considering the fact that they’re picking up their decorations at the same store and seem to have the same taste in holiday “vibes,” they could end up with similar seasonal scenes anyway.)

You’ll be able to see the situation for yourself when the A Very Kardashian Holiday episode of Keeping Up With the Kardashians airs on Sunday at 9pm on E!

Would it bother you if someone copied the way you decorated your home for the holidays? Let us know @BritandCo!