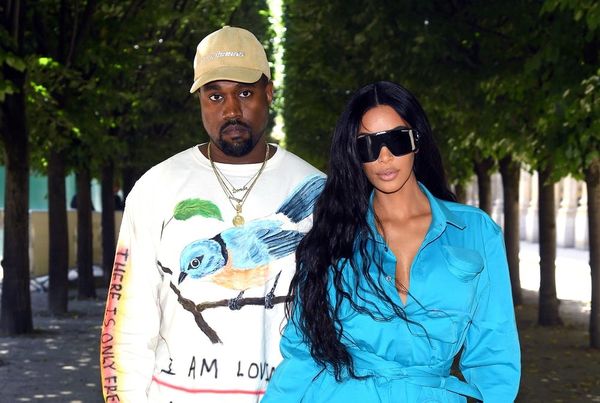 Kim Kardashian West is often very open about her marriage to husband Kanye West, and in a new interview, she admitted that she has become less of an independent woman since marrying the rapper four years ago.

“I think being with a man like Kanye, you have to learn how to be a little bit not-so-independent,” she said during her recent appearance on the The Alec Baldwin Show. “I’ve always been so independent and working, and [had a] schedule, and when you get married and have a husband that has their career and then have kids, your independence … you have to let it go. I had to learn that being with a man like Kanye.”

The superstar couple married in a highly publicized wedding in May 2014, and have since welcomed three children together — daughters North, 5, and Chicago, 8 months, and son Saint, who turns 3 in December. And while some aspects of their life are still very much in the spotlight, Kardashian West said she now craves privacy in a way she didn’t before they were married.

“We would get our hair and makeup done after we filmed the show,” she said of her early days in the spotlight. “Then it was like: ‘What is the hottest restaurant in Hollywood? Where can I go? Where can I be seen? Who is there? What are they doing? Who is there?’ … Now it’s, ‘Where can I go to eat or on vacation where nobody will see us?’ All I want is privacy. I never thought that I would be at that point.”

Of course, there are other reasons she wants to stay under-the-radar. The Kardashian family made major changes to the way they live their lives after Kim was robbed in a Paris hotel residence in 2016. In her interview with Baldwin, the KKW Beauty boss admitted that it was only in recent months that she felt like she was getting back to her old self.

Do you think Kim’s statement on losing your independence in family life is accurate? Let us know @BritandCo.