Kim Kardashian West Wants to Put the Taylor Swift Feud to Bed…But Will Kanye Let Her? 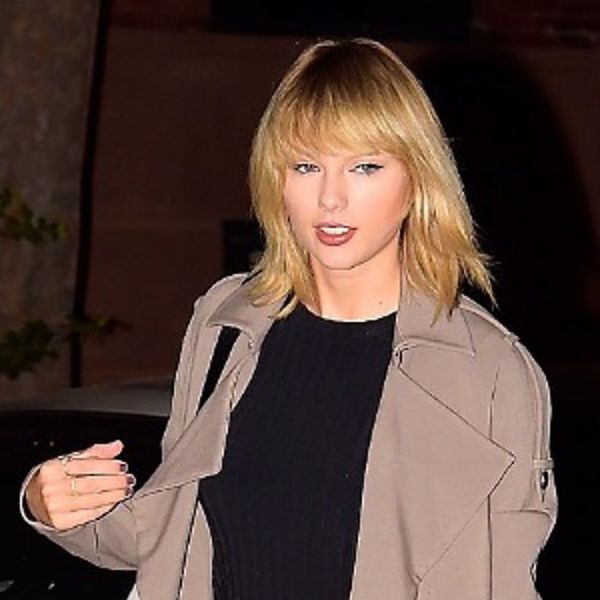 Today, Taylor Swift may be all about visiting friend Blake Lively and her new baby, but on Tuesday, the newly single songstress was spending the night with her super famous #girlsquad, stepping out on the town with Cara Delevingne, Lorde and Suki Waterhouse, along with Jack Antonoff.

Dining at The Waverly Inn in NYC, the photogs were eager to catch a snap of the super stylish Taylor (dressed to the nines in a slightly loose black dress with sleek high-heel boots and a slick gray overcoat) and her group of pals.

Seemingly low-key, it certainly appeared that her very public feud with Kanye and Kim Kardashian West was just about the furthest thing from her mind.

At the Kanye West concert in Taylor’s hometown of Nashville, Tennessee that same night, however, she certainly seemed to be on his — but isn’t that always be the way where these two are involved?

Going after the “Bad Blood” singer, Kanye played his infamous “Famous” song not once, not twice, but three times while an angry crowd shouted curses at his nemesis.

Adding fuel to the fire, Kanye reportedly told concert-goers, “So many people told me, ‘You’ve got to take that line out of that song. You got to play it safe,’ but this is what rap music is. This is what art is. Saying how you feel. And this song is how I feel.” Yeah, yeah — we got it, dude.

His wife and co-feud member, Kim Kardashian, on the other hand, has had enough, deciding that she’s done with this beef once and for all. Despite being the one to spark the feud’s fire by publicly leaking Taylor’s convo with Kanye, Kim recently told Wonderland Magazine, “I never publicly talk bad about people. I still don’t feel like I have… I’m being honest. I’m a fan. I like her music. There was no shade.”

She also told Billboard, “Ugh, do we really have to talk about Taylor Swift? I’m so over it … If it were up to Kanye, it all would probably never have come out.”

Washing her hands of the mess, she continued on to say, “He can handle it, he has no hard feelings.” (Hmmmm. Based on his recent actions, we’re not so sure that’s the case, bb). “He doesn’t even really care,” Kim went on. “I just wanted to protect my husband. I saw [Kanye] getting a lot of sh*t … It wasn’t even about a look or anything, or to have this feud — it was like, ‘OK, here’s the truth.’ Done. Let’s all move on. I feel like I don’t want to talk about her anymore.”

Fair enough! Other than Kanye himself, we highly doubt anyone would object to cooling things off with regard to this particular sitch.

Are you done with the Taylor vs. Kanye & Kim feud? Tweet us @BritandCo!

Desiree O
Desirée O is a ‘Professional Bohemian’ who loves anything and everything related to the arts, entertainment, and pop culture. She ADORES being a ‘Newsy’ for Brit + Co, covering all of the latest tidbits of awesomeness that you want to read about. When she’s not writing, she’s either making messy art, going on long adventurous walks with her camera, or poking around over at bohemianizm (http://www.bohemianizm.com/). You can find out about Desirée O and her work at http://DesireeO.com/ or follow her on Twitter @DesireeO.
Controversy
Celebrity News
Controversy Taylor Swift
More From Celebrity News