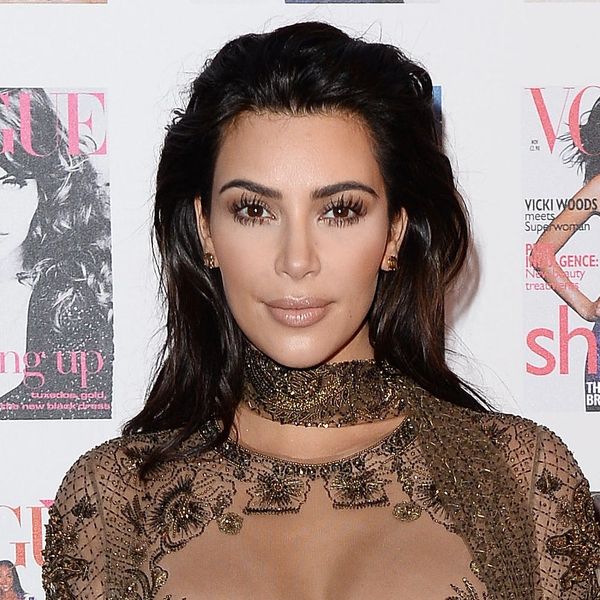 While Kim KW was busy fueling the feud with Taylor Swift and stepping into the drama between Rob and Blac Chyna, it’s her hair that she’s now focusing on. Debuting a much shorter look than we’re used to seeing on the Kardashian sister, this is no doubt the sleekest and chicest cut Kim has ever opted for.

Showing off her new look via Snapchat, Kim has either ditched the extensions, cut her long locks, or both. Slaying a length that dips just below her shoulders and tucking one side behind her ear, she’s a step away from the totally on-trend lob, but where everyone else is opting for waves, Kim has instead gone for the straightest possible strands.

With her dark shade shining in the light as she turns and flips it through her fingers, some people were quick to comment with questions about a possible wig, while others really didn’t care, adding their own, “flawless” and “love the new look!”

Anyone else getting some serious Victoria Beckham vibes?

Desiree O
Desirée O is a ‘Professional Bohemian’ who loves anything and everything related to the arts, entertainment, and pop culture. She ADORES being a ‘Newsy’ for Brit + Co, covering all of the latest tidbits of awesomeness that you want to read about. When she’s not writing, she’s either making messy art, going on long adventurous walks with her camera, or poking around over at bohemianizm (http://www.bohemianizm.com/). You can find out about Desirée O and her work at http://DesireeO.com/ or follow her on Twitter @DesireeO.
Celebrity Hair
Beauty News
Celebrity Hair Kardashians
More From Beauty News