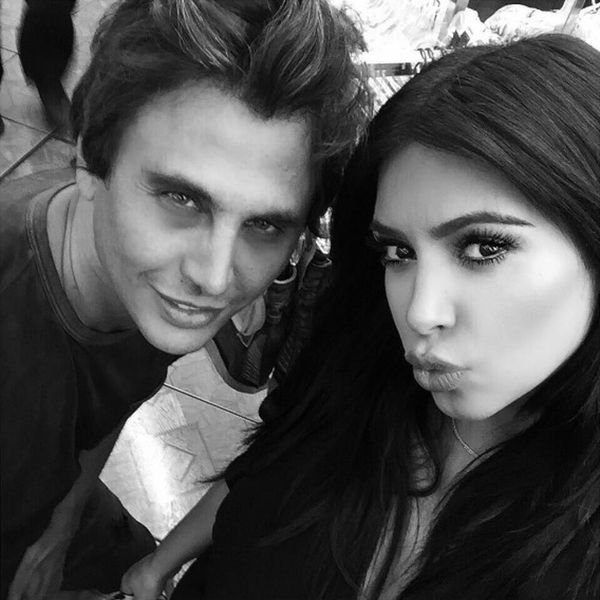 Rumors are buzzing hard about a possible divorce between Kim Kardashian and Kanye West. And with Yeezy himself just popping out in public with a shocking new look, peeps are definitely wondering WTF is up. But now, Kim’s BFF Jonathan Cheban — who always keeps track (and informs the media) of his bestie’s state — has weighed in on Kim and Kanye’s relationship status.

“I just FaceTimed with Kim and Kanye and everyone’s talking about some divorce rumors and I was laughing because I didn’t hear that all day… I guess everybody else apparently here did and it’s so funny to me because it’s so not true,” Jonathan told E!, adding, “I don’t know where people come up with stories but it’s literally hysterical, but Jennifer Aniston has also been pregnant like 1,000 times so it’s kind of a joke.” Valid point, TBH.

He also updated fans on how the family is doing, saying, “They’re in good spirits.”

But he quickly circled back to the divorce buzz, continuing with, “I do have to say that the divorcing is kind of hysterical, that I will mention, because I just spoke to both of them on FaceTime literally before I was coming here and when I heard that I literally burst out laughing.” Well, it’s nice that he can find it funny. Let’s hope for the family’s sake that they can be as light-hearted about the entire sitch.

Do you think Jonathan is right or are the Kardashian-West’s possibly just keeping up appearances? Tweet us @BritandCo!