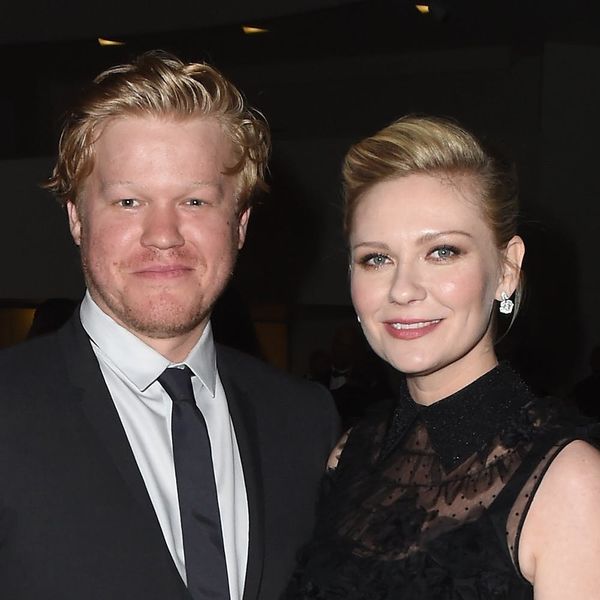 Kirsten Dunst has a baby boy! The Beguiled star and fiancé Jesse Plemons, who she has reportedly became engaged to in January of 2017, have welcomed their first child together and his name is every bit as unique as we might have expected from the Hollywood couple.

A rep for the actress confirmed the news of the baby’s May 3 birth to ET earlier this week. Thanks to a birth certificate obtained by The Blast, however, we now know the little one’s adorably distinctive moniker.

According to the record, the twosome have named their baby Ennis Howard Plemons. There’s no word about what inspired the Irish title, which means “island,” but our money’s on Plemons’ Northern Irish roots.

The new mommy revealed her pregnancy back in January with a gorgeous spread for Rodarte’s fall/winter 2018 campaign.

She and the Game Night actor have remained relatively private about their lives since then, sharing few details of their pregnancy or wedding plans. “We have a timeline, but that’s private!” she conceded to ET.

Plemons did express his appreciation for his partner back in February, however, gushing, “I feel very fortunate to have someone that keeps some sense of reality. And you know, I’m very lucky. She’s amazing.”

What do you think of Kirsten’s baby name? Share with us over @BritandCo.

Nicole Briese
Nicole is the weekend editor for Brit + Co who loves bringing you all the latest buzz. When she's not busy typing away into the wee hours, you can usually find her canoodling with her fur babies, rooting around in a bookstore, or rocking out at a concert of some sort (Guns N' Roses forever!). Check out all her latest musings and past work at nicolebjean.com.
Celebrities
Celebrity News
Celebrities Celebrity Baby Celebrity Baby Names Celebrity Couples