Knixteen Is (Finally) Giving Young Women the Bras They Deserve 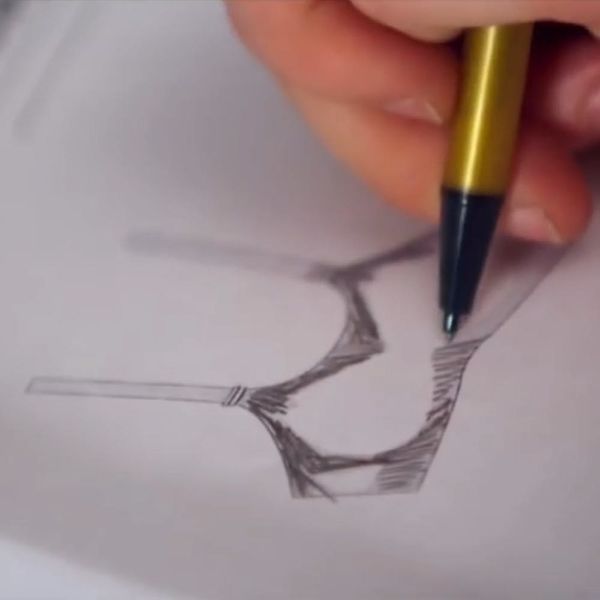 Knix is in the business of changing the undergarment game. They eschew all the traditional trappings of intimates (ie: frilly lace and uncomfortable underwires) in favor of size inclusive wireless, seamless, moisture-wicking bras and underwear that are meant to look — and feel — invisible. Now, their young women’s branch Knixteen, famous for its leakproof period underwear, is re-imagining and redesigning bras for teens, using input from actual teens.

Via a survey that was conducted throughout the month of April, teens in the U.S. and Canada were asked to answer basic bra design questions like preferred style, colors, fabrics, patterns, and more. With that input in mind, five “Style Curators” will work with the design team to create five perfect bras for teens that will launch on August 1. The curators include actress Bailee Madison, trans activist Jazz Jennings, YouTuber Fiona Frills, social media star Jessica Universe, and Little League World Series pitcher Mo’ne Davis. We chatted with Knix founder Joanna Griffiths to hear more about the launch, how the brand came about, and why teens need their voices heard when it comes to their own bras.

Brit + Co: So how did you get into the intimates game?

Joanna Griffiths: My mom is a doctor and mother of four. About eight years ago, we were talking about the realities of being a woman and what happens to your body during different life stages. I learned that after having kids, one in three women experience leaks if they laugh or sneeze or do a jumping jack and at the time there were really no underwear options that had been designed for them. When I went to do my MBA in 2011, I came up with the idea for Knix and spent the next year interviewing hundreds of women about the gaps in the industry and what they wanted to see in their intimates. In 2013, I founded Knix!

B+C: What inspired you to create a collection for teens?

JG: We launched Knixteen last year because a lot of our Knix customers were asking when we were going to do a leakproof version for their daughters. Now that we’ve tackled periods, bras was a natural next step for us. It’s an area with so much opportunity. There aren’t a lot of beautifully designed bras that also address comfort and performance, so we’ve decided to change that.

B+C: What problems do teens typically find with bras?

JG: Since the dawn of time, teen bras have been neglected. They’ve been uncomfortable and seriously lacking in the cute department. Here at Knixteen, we decided to start a ‘bra-naissance’ and take back the bra. We think teenagers deserve a bra that’s comfortable and stylish, so we’re making it happen.

B+C: How did you pick the style curators?

JG: We chose them, because they’re smart, successful and empowering young women. They’re all teenagers and they relate to our customers because they are our customers. We’ve also enlisted the help of teens — in order for this campaign to be successful, it’s so important that we get input from the teens who will ultimately be wearing our bras. We’re going to take the results of the survey and use that input to design bras that teens everywhere will love and never want to take off.

B+C: Any plans for the future of the brand?

JG: We are planning some traveling pop-up stores this summer so keep an eye out in your area for a Knix visit.