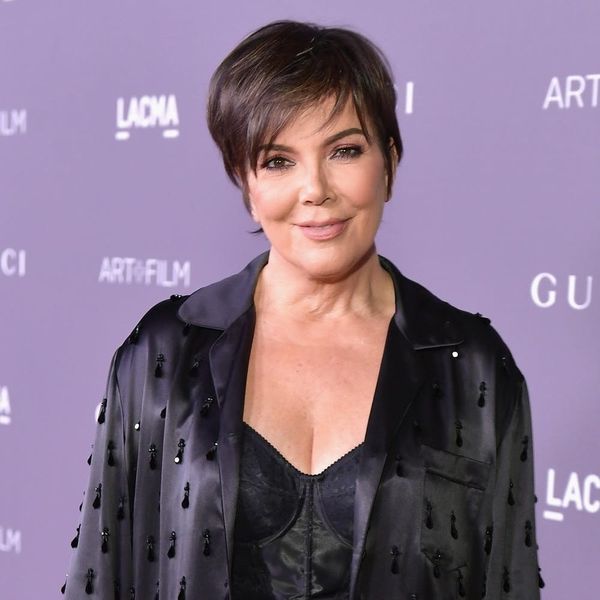 Rumors that Kylie Jenner and Khloé Kardashian are pregnant have been buzzing for months now, but neither has confirmed whether they’ll be welcoming any brand-new reality TV stars into the world anytime soon. The rest of the family has been tight-lipped too — Kim Kardashian even drank a sardine smoothie to avoid talking about the reports on James Corden’s show. Fans think, however, that there may be an important hint in one of matriarch Kris Jenner’s recent Instagram posts.

The proud grandmother of six grandchildren — Mason Disick, Penelope Disick, Reign Disick, North West, Saint West, and Dream Kardashian — took to Instagram last week to share a pic of some PJs she had received from Burt’s Bees Baby for the little ones.

“Thank you so much #burtsbeesbaby @burtsbeesbaby #bbbfamjams for the most amazing collection of family jammies ever and i am obsessed with the plaid !!!!!” she captioned the photo. “Can’t wait to cuddle up with the kids #holidayseason thank you for a collection for every one of my grandchildren ❤️ #blessed #grateful thanks for the idea @oprah !!”

Thank you so much #burtsbeesbaby @burtsbeesbaby #bbbfamjams for the most amazing collection of family jammies ever and i am obsessed with the plaid !!!!! Can’t wait to cuddle up with the kids #holidayseason thank you for a collection for every one of my grandchildren ❤️ #blessed #grateful thanks for the idea @oprah !!

We have to admit that the pajamas look cozy, but fans noticed something else about the post — something peculiar and perhaps telling.

There are NINE bundles of PJs.

We already know that Kris is set to welcome her seventh grandchild since Kim confirmed that she’s expecting her third child via surrogate, but that still leaves two sets unclaimed. If Kylie and Khloé are in fact expecting their own little ones, that would certainly explain the additional sleepwear.

Of course, it’s possible that at least one of those sets is for Kris herself, or one of her kids. We can’t know anything for sure until the family is ready to share.

Do you think Kris Jenner’s pic confirms that Kylie Jenner and Khloé Kardashian are expecting? Let us know @BritandCo!