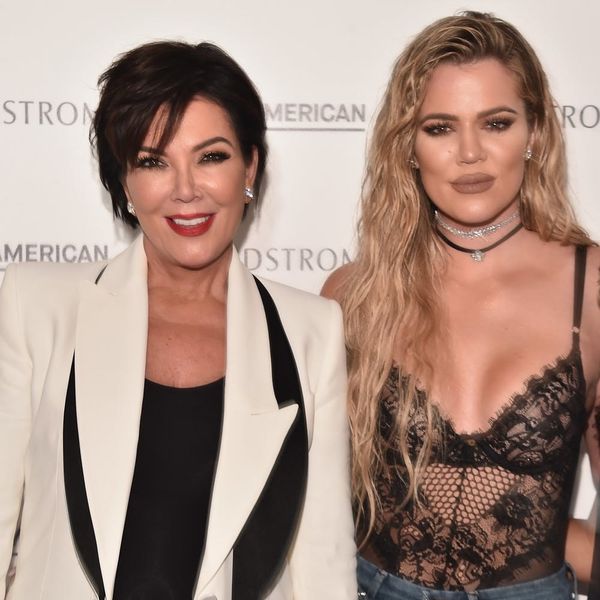 Now that Khloé Kardashian has confirmed her long-rumored pregnancy, we get to relish in the reactions from her famous (and famously close) family. On Wednesday, Kardashian posted a baby bump pic on Instagram, confirming that she’s expecting with boyfriend Tristan Thompson, and the family’s matriarch, Kris Jenner, is over the moon about welcoming another new grandchild.

“God is so good!!” the momager wrote in an Instagram repost of her daughter’s pic. “I am beyond excited! What a blessing!!!!!!!”

Jenner is already a fiercely proud grandmother to six grandchildren (Mason Disick, Penelope Disick, Reign Disick, North West, Saint West, and Dream Kardashian), with a seventh on the way via surrogate for Kanye West and Kim Kardashian West, and now an eighth from Khloé and Thompson. Jenner previously fueled the rumors of her youngest daughter Kylie Jenner’s unconfirmed pregnancy when she posted a mysterious pic of NINE pairs of Christmas PJs for her grandkids.

In a recent KUWTK teaser trailer, Kris was seen along with other family and close friends receiving some exciting news from Khloé, and many thought it teased a pregnancy reveal. The momager seemed genuinely surprised and excited, and we even see Kim asking Kris, “Did you not know?” To which Kris replies, “No!”

Safe to say this is one proud and excited grandma!

Do you think we’ll get one more announcement from the Kardashian-Jenners this year? Let us know @BritandCo!