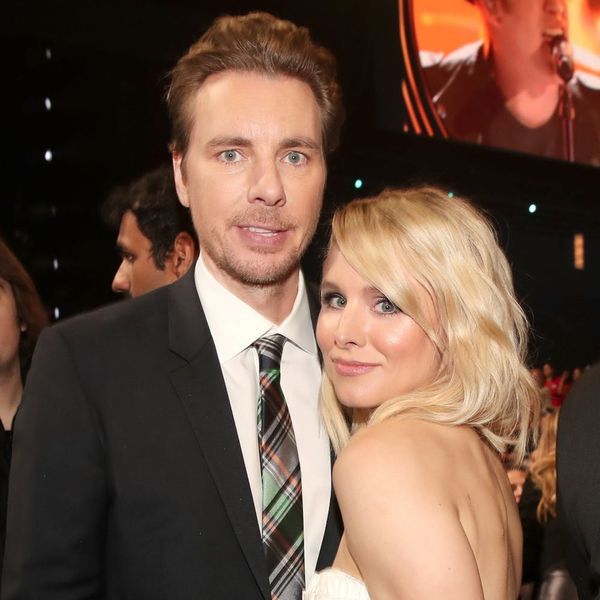 With the Game of Thrones premiere looming (two days!!!), everyone’s getting in on its mania, from Hulu, who will now allow subscribers to purchase an HBO add-in to stream the show for an extra $15 a month, to KAYAK, which has embedded a special GoT Easter egg in its search tool. Now, a GoT music video has joined the hype, featuring two very familiar faces: Kristen Bell and Dax Shepard.

The comedic couple and superfans, who are no stranger to the art of musical cinematography (you may recall their adorbs rendition of Toto’s “Africa” while on vacay), went all out for their new spot, taking on the roles of everyone from Daenerys Targaryen and Jon Snow to Brienne of Tarth and The Hound, all the while showing off some *serious* musicianship (that harp, though, K-Bell!).

If their goofy costumes aren’t enough to make you crack a smile, their deadpan expressions most certainly will: Shepard even breaks character to blow us all a smooch!

Dax and I went to the premiere of #GOT last night. Everyone was in suits and dresses. People were sipping cocktails. We were in tank tops that said "Stark in the streets, Wildling in the sheets". We sported temporary tattoos that said Ours Is The Fury and Winter Is Coming. At one point I lifted a cantaloupe in the air and said 'this egg shall change history' and ran out the fire exit.

It’s not the first time these two have shown their love for the HBO hit: As Hello Giggles reminded us, there were also those charming matching “Stark in the streets, Wildling in the sheets” tanks they donned to last year’s premiere, or that time they participated in a cosplay party. Impressive, guys!

We’ll definitely be tuning in right along with you come Sunday.

Will you be watching season seven come Sunday? Tell us over @BritandCo.

Nicole Briese
Nicole is the weekend editor for Brit + Co who loves bringing you all the latest buzz. When she's not busy typing away into the wee hours, you can usually find her canoodling with her fur babies, rooting around in a bookstore, or rocking out at a concert of some sort (Guns N' Roses forever!). Check out all her latest musings and past work at nicolebjean.com.
Celebrity Couples
Celebrity News
Celebrity Couples Game of Thrones