Kristen Bell and Dax Shepard Want YOU to Come Over for Holiday Game Night: Here’s How 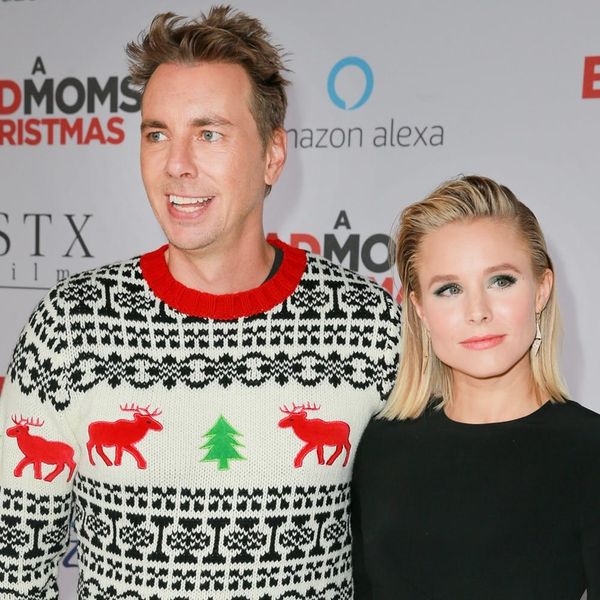 Not only are Kristen Bell and Dax Shepard one of THE cutest couples in Hollywood, but they also have hearts of gold. This holiday season, the pair has teamed up with Omaze (a donation site which offers people a chance at once-in-a-lifetime experiences for a charity donation of $10), to offer fans a shot at an exclusive invite to a double date game night hosted at their house. Eee!

Just picture this: “You and a friend [(or spouse… or Tinder date)” will be flown out to LA],” where you’ll be set up in a four-star hotel before joining the hilarious duo for a holiday-themed game night full of “freshly baked cookies, hot cocoa with those little marshmallows and, of course, matching holiday sweaters.” Umm, yes, please!

And that’s not all! As the guest of honor, you’ll also be able to pick the game of the evening, but there is a caveat. “The game can be anything!” declares your potential future hostess in the couple’s promo vid, with hubby Shepard agreeing, “Absolutely! We’re really flexible, we love games, we have no preference.” “We could play… Monopoly, Settlers of Catan, Risk, Mouse Trap, Battleship, Backgammon, Settlers of Catan, Pictionary, you choose, Candy Land, Settlers of Catan… Settlers of Catan… but really, it’s up to you. So long as you pick Settlers of Catan” (as you may recall, the fun-loving company has a history with the game: They even played it after returning home from the Golden Globes this year).

To enter for your chance to win, all you have to do is donate a minimum of $10 (which will get you 100 entries into the contest and higher donations receiving even more) to benefit Opening Act, which, as Bell explains, is a unique theater program that “provides students attending New York City’s most under-served schools with the tools they need to succeed.”

Find all the deets on the contest here.

Will you be entering this awesome contest? Tweet us @BritandCo.