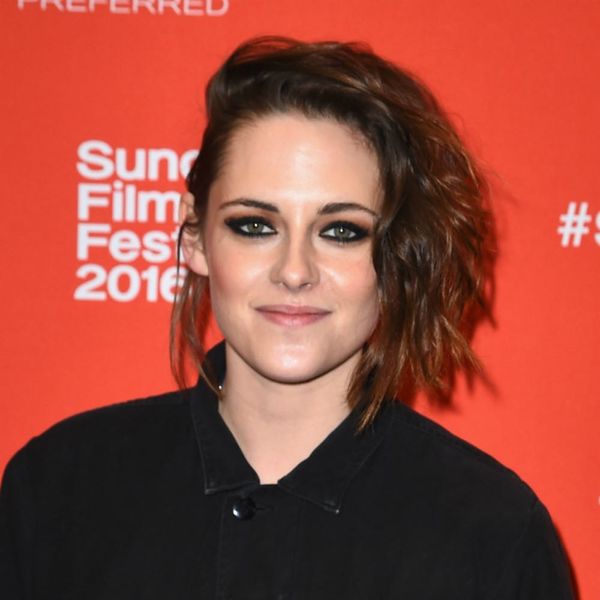 Just after celebrating her 26th birthday with her new girlfriend, French singer SoKo, Kristen Stewart arrived stateside today rocking a bright new ‘do — one that you have to see to believe.

As recently as last month, Kristen was still rocking the brunette look, and we’re wondering if her new hair is inspired by her budding relationship with SoKo or if it’s for a movie role. Either way, we’re loving this ’90s-inspired grunge look — and wondering what throwback jam she learned to play at her birthday party.

What do you think of Kristen’s messy cool bleach out? Tell us @BritandCo!

Kat Armstrong
Kat has been a writer, social media maven and mom for longer than she's willing to admit. She's also spent time in front of and behind the camera, interviewing celebs, politicians and acting as a producer for fashion and artistic photography shoots. When she isn't writing for various orgs and publications, she's hanging with her kids, husband and French Bulldog, Peter, in Toronto, Canada.
Celebrity Hair
Celebrity News
Celebrity Hair Colored hair