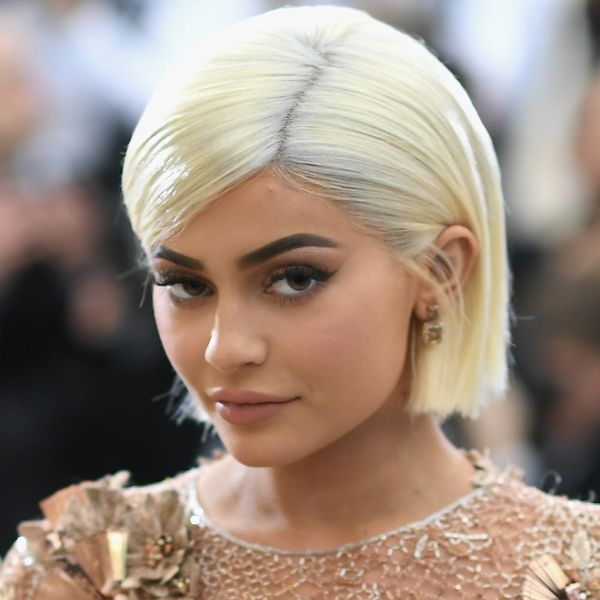 The Kardashian-Jenners recently signed a massive deal to bring us even more KUWTK, but that’s just a fraction of what Kylie Jenner is raking in with her wildly successful cosmetics company.

According to reports, Kylie Jenner made $420 million in Kylie Cosmetics sales in the past 18 months alone. The business, which the reality TV star launched last year after the HUGE success of her lip kits, is already a major competitor in the industry (not to mention a fave among fans), and she has even bigger plans for the company in the future, according to her mom, Kris Jenner.

“She’s just scratched the surface, and there’s so much more to do with the brand,” Kris said in an interview with CNBC’s Squawk Alley on Tuesday, October 24. “She doesn’t even have color cosmetics yet, the foundations, the blushes … There’s so many pieces of the puzzle that have to be put together to create an entire line of cosmetics. … [Kylie]’s so excited about it. … She’s got so many ideas and so many ways to, you know, explode in another line of her kits and just so much to look forward to.”

The 61-year-old momager also revealed that the company belongs to her daughter, and only her daughter. Apparently, the 20-year-old “doesn’t have any investors” and fully owns Kylie Cosmetics. “She’s doing this because it’s really her passion,” Kris said on CNBC. “It’s so authentic to who she is, because she’s wanted to do this since she was a little girl. To see her be able to have this kind of success at something that she really loves is really great.”

Indeed, fans seem to fawn over everything she cooks up, from the Kyshadow Purple Palette to the yummy Pumpkin Lip Kit.

Do you own any Kylie Cosmetics products? Let us know @BritandCo!