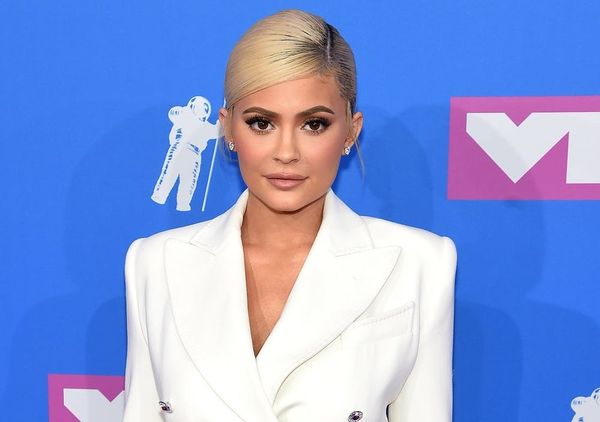 Kylie Jenner famously kept her pregnancy with daughter Stormi a secret until after she had already given birth. She documented it for Keeping Up With the Kardashians, though, and on the Sunday, September 23, episode, she was shown going into labor, giving fans an inside look at how the family handled the arrival of their new addition.

The news of Kylie’s labor was broken to Kim Kardashian by Kourtney Kardashian, who walked in on a workout to deliver the news. “She wanted me [in the delivery room] and I said Khloé is the one, so she must have picked Khloé over me,” Kim said, shocked at the news.

Later, momager Kris Jenner proudly detailed her youngest daughter’s labor. “It was such a positive experience,” she said. “[Kylie] would go, ‘I’m not feeling any pain,’ and you’d see these contractions like crazy and she would go, ‘I’m just not feeling it,’ and I’m like, ‘This is really weird.’ She was so calm.” Kris then revealed that she was the one to bring her newest granddaughter into the world. “I delivered the baby,” she said proudly. “I pulled her out.” Kim only managed a quick “Ew” in response.

Baby Stormi made her TV debut later in the episode, when Kylie showed up to a family dinner, and Kim claimed that the infant gave her “the craziest side eye.” Throughout the episode, the family marveled at Kylie’s ability to keep her pregnancy a secret from the public. Kim even said that her younger sister’s friends deserve awards and that it was the “best-kept secret of our generation.”

In February 2018, when Kylie revealed that she had given birth to Stormi with boyfriend Travis Scott, she told her fans that she had kept it from them for the health of her baby. “I knew my baby would feel every stress and every emotion, so I chose to do it this way for my little life and our happiness,” she explained in an Instagram post.

“Kylie’s always wanted to be a mom so this is really exciting for her,” Kim said to the camera on KUWTK. “She just didn’t want anyone changing her happy moment and her happy pregnancy, so I’m really proud of her that she stuck to her guns and was able to tell her story her way.”

What did you think about the episode about Kylie’s delivery? Let us know @BritandCo!