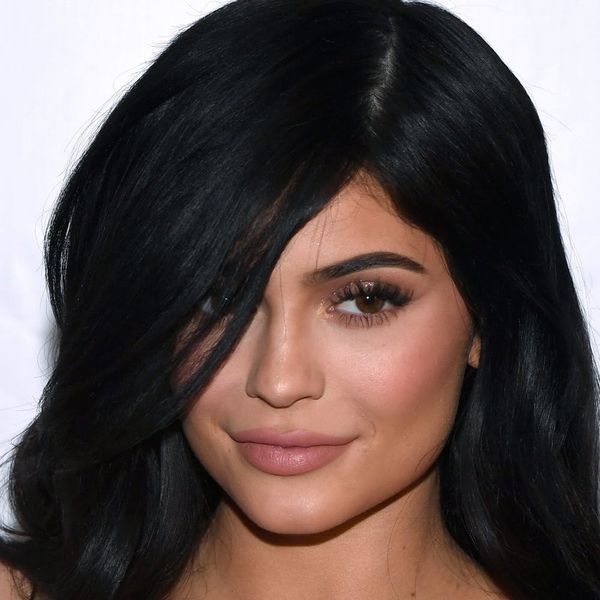 Fans are normally elated any time one of the Kardashian sisters releases a new makeup product — Kim Kardashian West’s new Crystal Gardenia fragrances, for instance, made $10 million in their first day of sales alone. But Kylie Jenner’s latest beauty offering has the internet up in arms.

The youngest KarJenner sis’s company, Kylie Cosmetics, unveiled a holiday surprise for customers last night when it announced the launch of a new set of “Silver Series” luxury cosmetics brushes set to launch on December 13.

Consisting of everything from face brushes to blending tools, the 16-piece set also comes with a silver roll-up carrier as favored by the makeup mogul herself.

The only problem? The full grouping will set you back $360. Ouch! While the brushes will be also be sold individually, ranging from $16 for an angled blending brush to $48 for a large powder brush, you would ultimately end up paying more than you would for the set, with the total for the entire set equaling out to $378.

All brushes are sold individually, or you can buy the limited-edition set for $360, which comes with the silver roll to store all of your brushes. #SilverSeries

Fans were upset over what they deemed the ridiculously high price tags, taking to Twitter to sound off en masse.

HELLO! If I ever spend $360 for brushes they damn sure won't have Kylie Jenner etched onto the side of them. pic.twitter.com/GS236yxGWT

this was literally kylie jenner determining the prices of her new brushes lmaoooo pic.twitter.com/DsR4RxbakH

hahahaha kylie jenner chagrin $360 for 16 makeup brushes is actually the most ridic thing i’ve seen all year, especially when they look cheap af

Okay I normally support you and your makeup but these prices for your brushes are OUTRAGEOUS. Just because you're "Kylie Jenner" doesn't mean you can charge an arm and a leg for makeup brushes.

There were some, however, who came to her defense, noting that most high-end makeup brushes are available at a similar price point.

Why are people losing their shit about Kylie Jenner’s 17 piece brush set being $360 ? That’s approximately $21 a brush. Sephora and other high end brands sell brushes for a similar price & Kylie Cosmetics has always advertised itself as a high end brand.

People are making such a big deal about @KylieJenner and her new brushes. If you don’t like them or the price.. don’t buy them. Saves more for us.