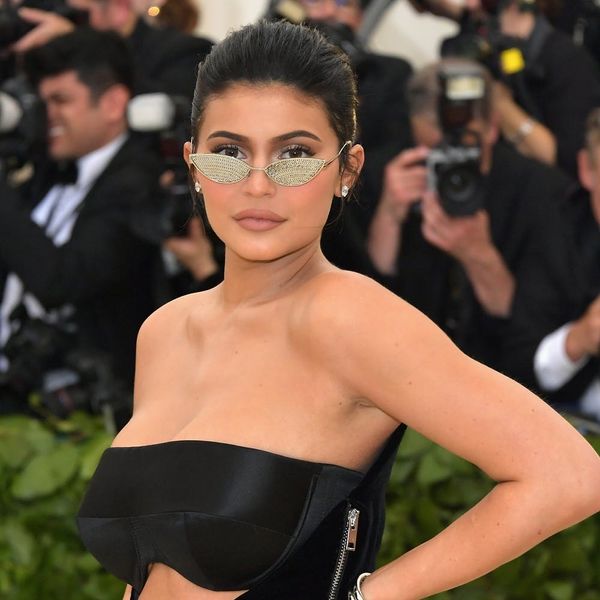 It’s easy to forget sometimes that Kylie Jenner is just 20 years old. Not only is she a powerhouse influencer and a cosmetics company mogul, but she’s also the mother of a six-month-old baby girl, Stormi. Recently, in an interview with her sister Kendall Jenner for Vogue Australia‘s September 2018 issue, Kylie revealed the surprising way in which becoming a parent has changed her.

The 20-year-old mom also said that she feels a newfound sense of confidence since giving birth to Stormi. “I actually feel like I love myself more after I had Stormi,” she said. “And I’m trying to be … I mean, I’m already a positive person, but just having fun, being positive.”

Later in the interview, she elaborated on that positivity and confidence, telling Kendall, “I feel like having a daughter, and thinking about beauty in the future, has definitely changed me, and I feel like it has made me love myself more and accept everything about me.”

“Even my ears, I always felt like they stuck out too far, and she [Stormi] has the same ears as me and so now I love my ears,” Kylie continued. “It’s just having a different outlook on life so I can pass that on to her. I want to be an example for her. What kind of example would I be if she said she didn’t like her ears, and then I didn’t like them either? I just want to teach her that. I’m trying to love myself more.”

Did becoming a parent change you? Let us know @BritandCo!