Kylie Jenner Breaks Her Silence on Her Reported Baby Bump 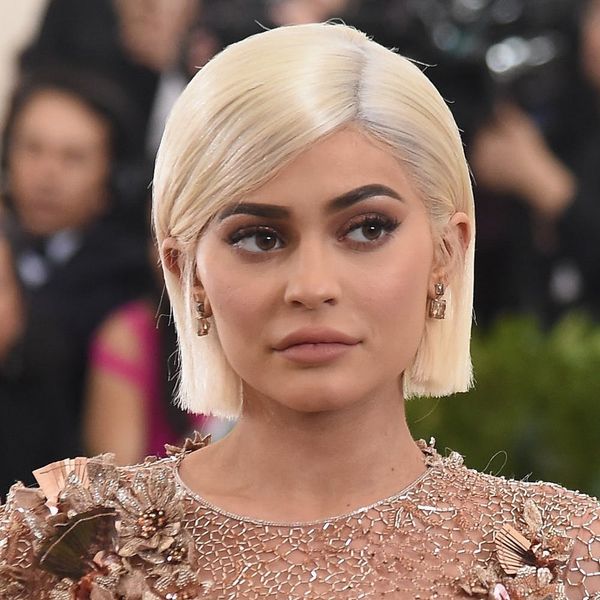 Is she, or isn’t she?! Since news of Kylie Jenner’s alleged pregnancy with boyfriend Travis Scott first broke in September, only momager Kris Jenner has spoken out to address the rumors, simply saying that “She’s not confirmed anything.” Still, it hasn’t stopped fans from analyzing the lip kit queen’s every social media move for clues, from the color of her clothing to the lyrics of the songs she’s listening to. As for the 20-year-old beauty mogul herself, she’s remained completely silent… until now.

Jenner has taken to social media to (sort of) comment on the rumors for the first time by speaking out against photos of her alleged baby bump.

The photos in question were posted by the Daily Mail and featured both Jenner and her mother boarding a private jet at a small airport. The former was wearing an oversized Yeezy Calabasas sweatshirt that the outlet pointed to for proof of a bump beneath.

Just as her elder sister, Khloé Kardashian, did just one month earlier, the reality star was quick to shut down the bump speculation, pointing out what she says were discrepancies in one of the photo’s backgrounds.

First of all if you’re going to photoshop my photos blogs/paps!! Check for the crooked lines in the background.2nd photo is clearly altered pic.twitter.com/c9fi0EyhWB

“First of all if you’re going to photoshop my photos blogs/paps!! Check for the crooked lines in the background. [Second] photo is clearly altered,” she wrote.

She included the photos for proof, which have since been removed from the Daily Mail’s Twitter account.

Kylie also retweeted a fan who supported her claim, also pointing out askew lines in the cars in the paparazzi snaps.

This was edited !!! Check the car line

The digital alteration claim was disputed by both the Daily Mail and by X17Online, who provided the original photos. “They’re 100% REAL! No Photoshop, #nofilter, no additives, no preservatives,” x17’s website stated. “All organic and all REAL!”

The Kylie Cosmetics boss then took to Snapchat to post a full-body pic of herself and her outfit, posing in a convenience store, a move many saw as a response to the scandal, with the star looking far more svelte than she had in the aforementioned shots.

As Kris Jenner herself would say, “This is a case for the FBI!”

Do you believe Kylie’s photos were altered? Let us know @BritandCo!