Khloé Kardashian Is Not Here for Your Baby Bump Speculation 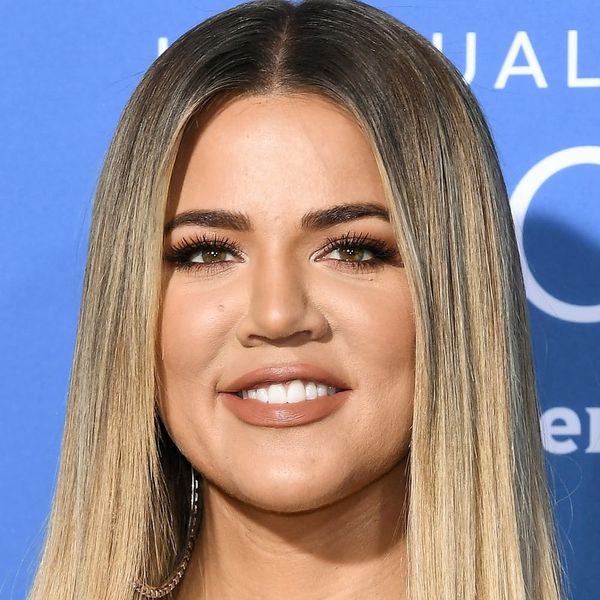 The world has been in a tizzy since being hit with the unconfirmed news that three of the Kardashian family’s five sisters, Kim Kardashian West, Kylie Jenner, and Khloé Kardashian, are all expecting babies at the same time. To date, none of the women have personally confirmed the news, with both Kim Kardashian West and Kris Jenner speaking out to point out as much.

While Khloé Kardashian hasn’t commented one way or another, she IS speaking out to let fans know that she’s not here for the scrutiny of her body, be she with child or otherwise.

❥ 🏹 JUST DROPPED!! One of my favorite minis!! The sexiest waxed leather-like @goodamerican denim!! You'll be rocking these all season long ladies 🔥💣🔥 Get yours now on goodamerican.com #GoodSquad #GoodAmerican ❥ 🏹

Her statement came after posting a shot of herself in a skintight miniskirt from her denim line, Good American. “One of my favorite minis!” she wrote. The sexiest waxed leather-like @goodamerican denim!! You’ll be rocking these all season ladies!!!”

Immediately, speculative comments on the post began pouring in, ranging from, “She’s covering the baby,” to “You can’t hide that baby bump behind that tiny purse,” and “The stomach is growing, congratulations!”

As captured in a screenshot by a fan, Kardashian, 33, chose to weigh in on the matter herself, writing, “This is a peplum shirt. It flares out at the bottom. It’s just the way the shirt is designed. In some of the next pictures coming up from the SAME shoot, I’m in a crop top. Showing a lot of skin…”

While she’s yet to post the promised pics, girl has a very good point — it’s definitely NOT cool to be playing detective with regard to someone else’s physique, pregnant or otherwise.

What do you think of Khloé’s comments? Tell us over @BritandCo.

Nicole Briese
Nicole is the weekend editor for Brit + Co who loves bringing you all the latest buzz. When she's not busy typing away into the wee hours, you can usually find her canoodling with her fur babies, rooting around in a bookstore, or rocking out at a concert of some sort (Guns N' Roses forever!). Check out all her latest musings and past work at nicolebjean.com.
Celebrity Baby
Celebrity News
Celebrity Baby Controversy Kardashians
More From Celebrity News