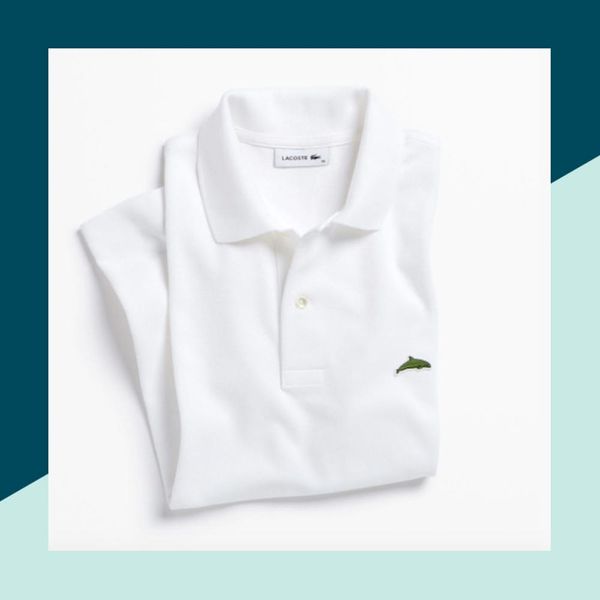 Big changes have been coming to the world of fashion as of late. Not only did L.L. Bean update it’s century-old return policy to ward off any scam artists, Lacoste has just announced that it’s ALSO making a massive change to its branding: only this one will warm your heart.

As part of its newly launched Lacoste x Save Our Species capsule collection, the company has redesigned its classic polos with one *very* noticeable difference. The croc logo that’s been in place for decades is getting a break to made room for some NEW logo stars: the 10 most endangered animal species in the world.

The crocodile is leaving its iconic spot to 10 threatened species through a partnership with the International Union for Conservation of Nature. The number of polos produced for each series corresponds to the remaining population sizes in the wild. By buying one of the 1775 polos, you participate in helping IUCN and Lacoste in the fight for wildlife conservation worldwide. Available only in some European countries and in the US - Link in bio. #LacosteSaveOurSpecies

The number of shirts created for each species corresponds directly to their remaining population sizes in the wild, with the highest being the Anegada (450), and the lowest the Vaquita porpoise, of which only 30 remain. *Tear*

In all, there’s only 1,775 white unisex polos ($185) up for grabs in the United States and United Kingdom. While most styles have sold out, you can purchase select animal tops in extremely limited sizing here.

Profits from the limited edition line go to help the conservation efforts of the International Union for Conservation of Nature. Come on, guys: Let’s save those kakopos!

Barbara Pavone
Barbara Pavone is a pop culture-obsessed writer based in beautiful (but ridiculously cold) Montreal, Canada. When she's not working, she's sipping on a Pimm's Cup and daydreaming about her celebrity hero, Saint West.
Animals
Style News
Animals Style