Sorry, But You Can No Longer Return Those 20-Year-Old Boots to L.L. Bean 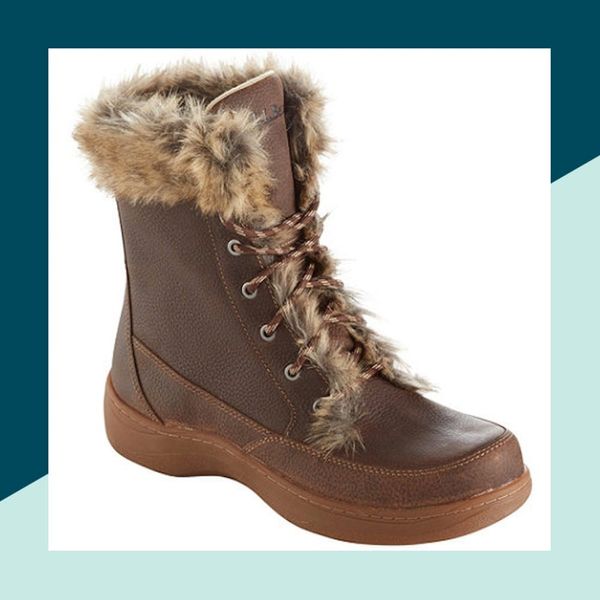 There’s nothing quite as satisfying as snagging a sweet buy — except maybe knowing that you have the option to change your mind if you decide your new threads may not be for you after all. A great return policy can really make or break any shopping experience, and major retailers, such as Forever 21 and Amazon, have been working hard in recent months to make them as fret-free as possible. L. L. Bean, however, is being forced to tighten the reigns on its lifetime returns policy, which has been in place for 106 years, after its customers began pushing it to extremes.

As of February 9, customers will no longer have the ability to bring back any item

in exchange for a new version of the same item, “the most

currently available,” or a store gift card for its last known sale price. The store will now only accept returns if they were bought within the past 12 months (or have a manufacturing defect) and will require a valid proof of purchase.

to share the official announcement with fans, L.L.Bean Executive Chairman Shawn O. Gorman (whose great-grandfather founded the brand) explained that, “increasingly, a small, but growing number of customers has been interpreting our guarantee well beyond its original intent. Some view it as a lifetime product replacement program, expecting refunds for heavily worn products used over many years. Others seek refunds for products that have been purchased through third parties, such as at yard sales.”

L.L. Bean President and CEO Stephen Smith echoed the sentiment, saying that the sudden change was caused by the 15 percent of shoppers trying to abuse the system by attempting to return completely worn-out items or pieces they simply have outgrown or no longer like. “What we have seen, and it has come to the point where we had to act upon it, is a small but growing group of customers who are interpreting the guarantee as a lifetime product replacement program, and that was never its intent,” he told the Portland Press Herald.

He also gave the outlet instances of the abuse in question, sharing photos of items people have returned citing “quality dissatisfaction,” including old slippers that were falling apart due to non-stop use and a kids’ ski jacket with no visible damage and three ski tickets still attached to its zippers.

Still, you’re not totally SOL if an issue arises past the one-year-deadline, with Gorman adding, “after one year, we will work with our customers to reach a fair solution if a product is defective in any way.”

The only way I could justify LL Bean pricing was the free shipping and amazing return policy.. and now they’re gone 🙄

Dear LL Bean @LLBean shame on the return policy change really 90% of my reason to buy there is the lifetime guarantee. It seems there should be a middle ground between lifetime and 1 year.

While there was a bit of backlash to be sure, with some citing the initial policy as major incentive for shopping, many seemed supportive of the change, noting that the company should not be held responsible for people abusing the system.

I applaud LL Bean for taking action on this issue. Anyone who is upset by their new policy would implement the same thing if it was their company. People are taking advantage of it. Why should someone be allowed to return a well worn 10 year old jacket they scooped at Goodwill?

Used to work for a clothing store that would give full refunds w/ the receipt. A woman would always return her old, obviously worn clothing years later. Unsurprisingly the company is out of business. Good for LL Bean for taking care of themselves & their employees.

Absolutely!! I was a seasonal worker one holiday and was stunned at the people who took advantage of LL Bean's return policy, returning large-ticket items after YEARS of extended use. Come on!?! Where could you get away with that ANYwhere else!! Definitely support this change!