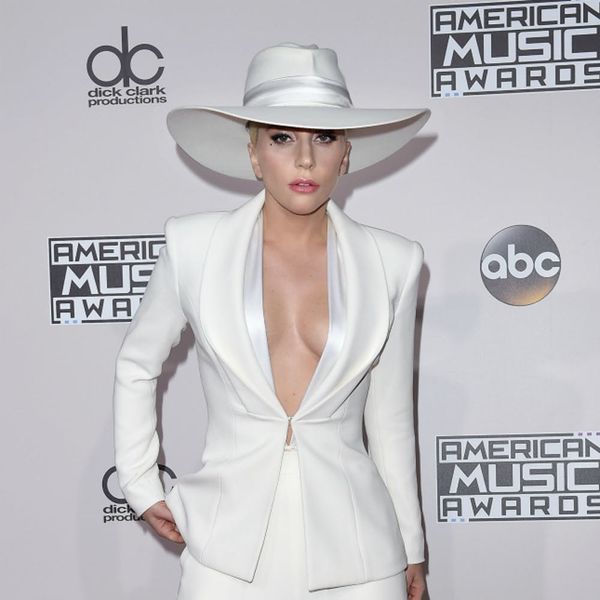 Lady Gaga has had a rollercoaster of a year. We were shocked when she split with her fiancé Taylor Kinney after five years together, then pleasantly surprised when she dropped Joanne into our laps — a decidedly personal, heart-wrenching album (which also inspired her new, totally stealable look). Then, the star went out on a “Dive Bar” Tour and signed on to be the half-time performer at this year’s Superbowl. With so many highs and lows, it’s no wonder that Gaga seems like she’s having a really rough go these days, and her latest interview has us wondering if all these emotional ups and downs have taken a toll on the otherwise upbeat and over-the-top singer.

In her interview with CBS Sunday Morning, the singer spent a lot of time talking about her dad, which probably means she’s working something out about their relationship. She kept going back to the idea of love and acceptance, and toward the end of the interview, she welled up with tears.

What could make Lady Gaga cry? She feels like she’s missing out on life being on the road and living as a celebrity. “I miss people. I miss, you know, going anywhere and meeting a random person and saying ‘Hi’ and having a conversation about life. I love people.”

We’re worried that Gaga’s breakup has taken her deep into her own thoughts. She’s always been vocal about her life, but it seems like she’s feeling that her connections to fans and family are failing her. Maybe her album being named after her aunt is opening up a whole lot that she’s kept at bay, specifically the isolation that fame can give someone, and with her breakup, she’s feeling pretty alone.

With celebs having mental health crises more and more these days, we’re wondering if maybe it’s time for both celebrities and those who hound them to really take a step back and reevaluate what’s up with the fame machine. We’re hoping Gaga feels peace in her heart soon, and remembers that she’s such an inspiration to so many people.

Have you ever felt isolated or alone after a breakup? Tell us @BritandCo!