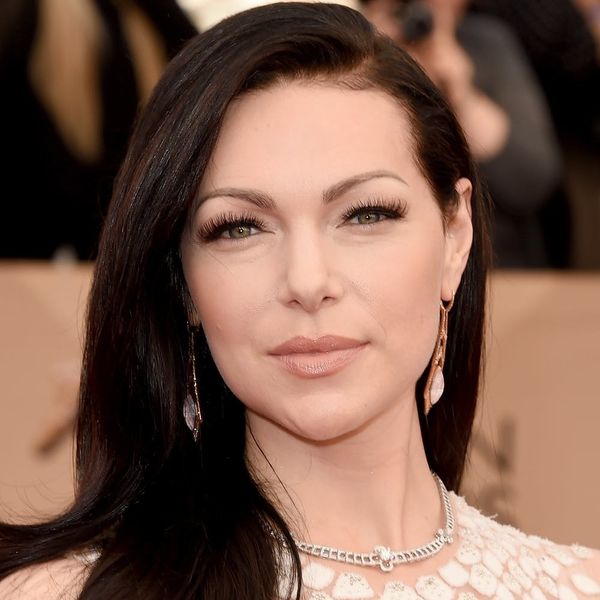 At the end of a week wracked with emotion, celebs took to Instagram to share their creative efforts. Read on to discover the best celeb DIYs this week.

1. Jessica Simpson: Jessica and her husband Eric Johnson encourage daughter Maxwell to express herself in any way possible — even if it means using Daddy as a human canvas. “’Dad, you be my half tiger, half dragon, ok?’” Jess writes of this hilarious snap, adding, “I love my husband.”

Meilani and I are making @rogermathewsnj the perfect DIY Father's day gift in the new @awestruck video!! Watch the full video of my little Picasso on jennifarley.com 😍😘🎨💯

2. Jenni “JWoww” Farley: Though created with love, JWoww and daughter Meilani’s Father’s Day gift for hubby Roger is off to a rough start: “Well, it’s going to look a little rustic,” JWoww says as she makes an adjustment to her artwork, clarifying, “That’s my terminology for saying it’s probably going to look like crap. On my end, not my daughter’s end,” she says. Hey, it’s the thought that counts, right? See the full video of the two’s project here.

Experimenting this morning with cabbage and herbs from the farmers market. I usually pan fry, but trying roasting today! Also, sweet basil is in season and I'm putting it on everything. 🙌🏻💁🏻💓#farmfresh #stashlife @thestashplan

3. Laura Prepon: Though her hit show, Orange Is the New Black, returned to Netflix this week for season four, Laura still found time to commit to her other passion — healthy cooking — as part of her Stash Plan diet. “Experimenting this morning with cabbage and herbs from the farmer’s market,” she writes. “I usually pan fry, but trying roasting today! Also, sweet basil is in season and I’m putting it on everything.”

Impromptu Baked Mostaccioli! I had leftover home-made meat sauce from a lasagna I made for a new mommy! So... I used it! Nick is happy and I get to stuff my face! #WinWin #AnotherNickFavorite #TGIF #WeAreUsingOurTVTraysAgain #WatchingAli ... #Again

4. Vanessa Lachey: Vanessa proudly shows off her wifey skills with this “impromptu baked mostaccioli” (and in a “Mrs. Lachey” apron, no less). Using leftover homemade meat sauce, Vanessa says, “Nick is happy and I get to stuff my face!” Sounds like a win-win to us!

5. Kelly Osbourne: Kelly shows off the sign she created in honor of the victims of the Orlando tragedy, saying #FearlessandProud. Happy Pride.”

6. Drew Barrymore: Drew let her chalk art do the talking in the wake of Orlando, posting this simple-but-powerful rainbow design.

What do u think of this color scheme? #redecorating

6. Bethenny Frankel: The Real Housewife cut things down to size in her latest DIY venture, which appears to be… a Barbie house? “Remodeling. What do you think of this color scheme?” she asks of the snap. Well, it’s certainly… bright?

Made my favorite sugar scrubs for the craft show tomorrow! Selling all my favorite goodies, come check it out & the other vendors 💃🏽 Car Show in Florham Park NJ 💋 scrubs here - https://www.etsy.com/listing/217357240/sugar-hand-scrubs-lavender-manly-scrub

7. Nicole “Snooki” LaValle: Nicole continues to impress us with her range of DIY wares. “Made my favorite sugar scrubs ($20) for the craft show tomorrow!” she captioned these super cute mason jar bottled concoctions. We’ll take one in every scent, please!

8. Rose McGowan: Though she is an artist in her own right, Rose took to Instagram to share this personal piece created by her father. “My father, the great artist Daniel McGowan, drew this of my great-grandmother Ruby. She had Alzheimer’s and would only talk about going up the mountain and making music. We should all go up the mountain and make music. #art #peace.” It certainly sounds like a lovely thought to us, Rose.

Which celeb most inspires you to create? Let us know over @BritandCo!

EDITOR’S NOTE: An earlier version of this post referred to the Pulse nightclub shooting in Orlando and the tragic death of singer Christina Grimmie as inspirations for DIY. What we meant to say was that sometimes after a tragic week when nothing seems quite right in the world, creativity can be therapeutic. But some readers were offended by our decision to use the week’s awful, unspeakable events to lead our roundup of celeb DIYs. We totally get that, and we’re really sorry.

It was no coincidence that two of the DIYs we featured in our roundup were direct tributes to the Orlando tragedy; everyone was in shock and pain. We shared and continue to share these feelings, and we deeply regret our oversight.

Nicole Briese
Nicole is the weekend editor for Brit + Co who loves bringing you all the latest buzz. When she's not busy typing away into the wee hours, you can usually find her canoodling with her fur babies, rooting around in a bookstore, or rocking out at a concert of some sort (Guns N' Roses forever!). Check out all her latest musings and past work at nicolebjean.com.
Art
Celebrity News
Art Artist