ICYMI: Lauren Conrad Cut Her Hair AGAIN (And It’s the Best Chop Yet!) 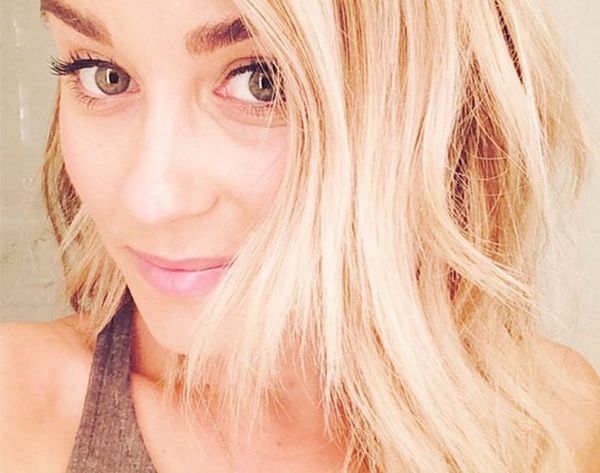 We almost can’t keep up with Lauren Conrad’s newfound scissor-happy spell. About a month after her marriage to William Tell, the lifestyle expert chopped off her swoon-worthy signature long tresses into a wavy lob, then soon after, trimmed an inch or so off of the shoulder-length chop. Now for the third time in three weeks, Lauren debuted a new cut on Instagram, this time, taking off inches for a chin-grazing bob.

Lauren’s new-new cut is shaggier than her previous styles, with short layers adding lots of texture to her piecey trim — a mane primed for the rumpled look that’s sweeping Hollywood these days. In short, it’s a near-perfect modern baby bob — at least we and 148K ‘grammers think so.

So will we be seeing an LC-approved pixie cut in the near future? At this rate, it seems possible, but if you ask us, we really think not (though you can be sure we’ll be refreshing our Instas just in case the snap sneaks into our feed). In our opinion, Lauren’s quick cuts were less fickle or impulsive and instead, just a really smart way for a girl to go from long to super short, especially as someone who’s admitted to not having her hair cut in years. As our go-to hair guru Korina Stratton said of the tress transition, “you need to be mentally prepared and try and visualize what you are getting into.” It seems that Lauren did just that, only IRL, and eased into the #shorthardontcare realm at her own, comfortable pace. Only time will tell if LC’s cut is here to stay, but for the time being, we’re fairly certain she’s now reached short hair supremacy.

Which of LC’s chops has been your fave so far? Or are you pining for the long wavy locks of Laguna Beach days? Tell us in the comments below!