This Is the New Form of Helicopter Parenting 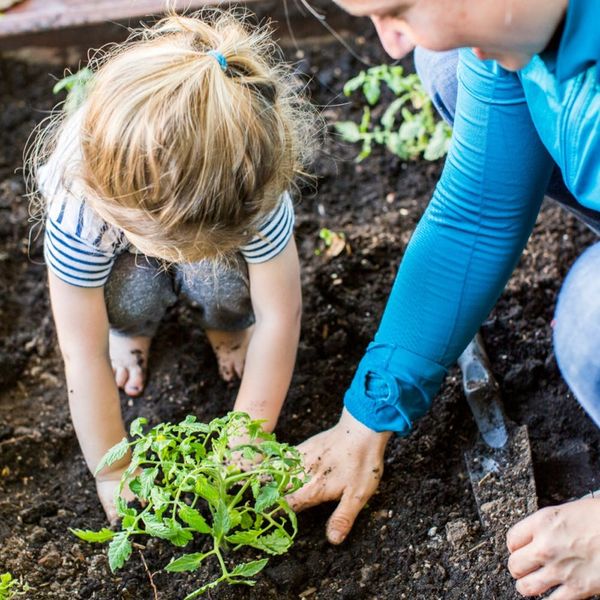 There are more than a few parenting styles out there: Helicopters, hippos, tigers, free rangers, and so, so many more make up the parenting pantheon, leaving well-meaning parents second-guessing themselves into an infinite loop of confusion. To start with, you aren’t a type — you’re a person, which means you’re most likely an eclectic mix of parenting styles. Now there’s a new one to watch out for: the lawnmower. Here’s what you need to know.

1. What is a lawnmower? We all know what an actual lawnmower is (the grass-cutting device that sits in your shed until the neighbors are about to complain). When it comes to parenting styles, a lawnmower is also someone who chops down everything in their path. While helicopters hover, lawnmower parents remove obstacles in front of their children. In other words, they metaphorically mow down the grass of life that gets in their kiddo’s way. This removes the risk of failure, making mistakes, or otherwise struggling.

2. Who coined the term? There’s no definite answer. Unlike authoritative or authoritarian styles, lawnmower parenting isn’t exactly a technical or academic term based in research. A recent post on the We Are Teachers blog that points out the rise of the lawnmower parent has propelled the term into a sort of sudden popularity.

3. What do lawnmowers do? Like we mentioned above, they metaphorically mow down obstacles in their child’s way. When they spot a potential struggle (or anything that could prove problematic), they step in to remove the issue before the child has the chance to experience the challenge.

4. What’s the result of lawnmower-ing? Removing obstacles may seem like a good parent’s job. After all, you don’t want your child to suffer, and we all know how much failure hurts. But while the desire to lawnmower often comes from a good, deeply caring place, the result is usually a child ill-equipped to transition into the great wide world of adulting. If their folks always jump in as soon as anything gets tough, the child never has the chance to learn from their mistakes. It’s not like mom can call her adult child’s boss to explain why they’re late turning in some critical report.

5. How can you avoid being a lawnmower parent? Sometimes that mama bear in you wants to squash anything that gets in the way of your child’s immediate happiness, but it’s important to maintain the distinction between supporting your child and removing all obstacles. While it’s always important to care about your child’s success, the key is to provide backup without running the show. Yes, you need to be involved in your child’s life, but that doesn’t mean stepping in to save them every time they struggle. And, of course, what counts as “support” versus “doing the work for them” depends on the individual: Children who have learning disabilities, mental health issues, or behavioral challenges will often need more adult intervention than their peers.

When it comes to everyday obstacles, life isn’t all unicorns and rainbows, and your child needs to begin to learn how to cope with that at a young age. It’s okay to face challenges. It’s okay to struggle. And it’s okay to fail. So that block tower your toddler just can’t seem to build? They’ll yell, and cry, and maybe even throw an all-out tantrum. But now is not the time to step in and mow down the problem by building it for them. Step back and let your kiddo figure it out on their own while you cheer them from the sidelines. We promise they’ll be able to build that block tower sometime before they start college!

How do you avoid falling into parenting pitfalls? Tweet us @BritandCo.

Erica Loop
Erica Loop is a freelance writer living in Pittsburgh. When she's not busy creating kids' activities for her blog Mini Monets and Mommies, you can find her trying to hang out with her teenage son, being chased by her two Olde Boston Bulldogs or teaching a children's karate class (she's a third degree black belt!).
Family
Parenting
Family Self