What Happens When Marijuana Is Legal? How 8 Countries Around the World Are Handling It 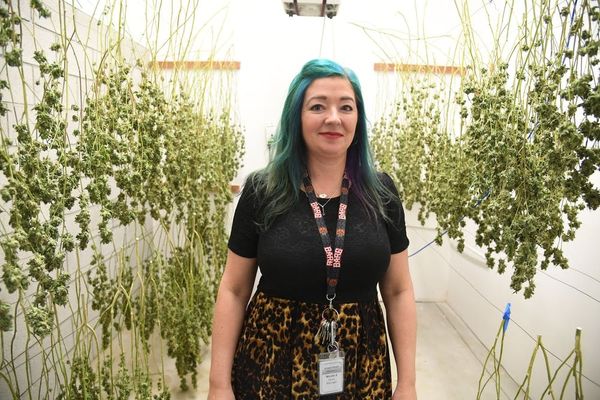 Marijuana has been getting a lot of press lately, with many states having decriminalized the drug for medical use and some for both medicinal and recreational use. But the decriminalization of marijuana doesn’t have to be a state-only rule. Senator Chuck Schumer hopes to decriminalize the drug at the federal level, and Americans can learn a lot by seeing how decriminalization is done around the world. (Photo by Robyn Beck for AFP/Getty)

Mexico: In all of North America, the US is the only country with a national prohibition against Marijuana. For our neighbors in Mexico, the drug was decriminalized in 2009 for personal use and the government followed suit for medical purposes in 2017 as long as THC levels remained below one percent. Beyond small quantities for personal use, the possession of other drugs including cocaine, heroin, and LSD is still illegal.

Although the jury is still out on the national economic benefits of decriminalized drugs in Mexico's specific case, there is US-researched scholarly evidence that suggests that the tax revenue from legitimate sales, combined with savings in law enforcement, can be quite lucrative. (Photo by Justin Sullivan/Getty)

Canada: Our neighbors to the north have had legally regulated medicinal marijuana since 2001, and are in the final throes of legalizing it for personal use later this year. Prime Minister Justin Trudeau ran on a decriminalization platform in 2015, and with one more vote set in Canada’s Senate, the country’s corporations and pharmacies are gearing up for legal weed sales this summer. (Photo by Donald Weber/Getty)

Australia: In a 2007 survey by the Australian government, 33.5 percent of respondents admitted to having tried weed at some point in their lives. While personal use of the drug still isn't technically legal, the Australian government funnels money into harm reduction services in law enforcement instead jailing those who do use it and other illegal drugs recreationally. Currently, there is an active push for the government to decriminalize the drug. (Photo by Cole Bennetts/Getty)

Uruguay: In late 2013, President Jose Mujica enacted a law legalizing weed in Uruguay. The aim of decriminalization was twofold: to limit financial gain from illicit drug sales in drug cartels and to lessen the violence and social issues tied to illegal drug use. In August 2014, Uruguay further legalized the use of marijuana allowing for the growth of up to six plants at home, as well as the formation of growing clubs, a state-controlled marijuana dispensary regime, and the creation of a regulatory institute. Only citizens of the country who are 18 years of age or older are allowed to register to purchase marijuana, but those who are registered can even purchase small amounts of the drug at local pharmacies. (Photo by Miguel Rojo/Getty)

Spain: Drug consumption of any kind is not a crime in Spain, although use in public spaces is prohibited. After seeing what heroin use did in the 1980s, leading to higher HIV and AIDS infection rates, the government decided to decriminalize drugs and, much like Australia, focus on harm reduction. Drug-trafficking, however, is considered a crime and is punished quite severely, with up to 20 years in prison. Spanish courts encourage rehabilitation programs by reducing penalties if the offender agrees to receive treatment. (Photo by David Ramos/Getty)

Colombia: Thanks to shows like Narcos leading a renewed interest in cocaine kingpin Pablo Escobar, we may think of the country as a bastion for drug cartels. But how does this image figure into attitudes about legal use and possession? You might be surprised.

Recent drug laws in Colombia have been all over the place, and they kind of contradict each other. The government of Colombia passed a law in 1994 that decriminalized the possession of small amounts of drugs for personal use, but a 2009 constitutional reform made drug use illegal. In 2012, that reform was reversed, but recreational marijuana is still technically not legal to sell. Medical marijuana, however, is. (Photo by Joaquin Sarmiento/Getty)

Switzerland: Talk about neutrality. Much like Spain, the Swiss government saw the correlation between drug use and a sharp rise in HIV infections in the '80s and '90 and worked to decriminalize drugs for personal use. Around 70 percent of Swiss narcotic users receive addiction treatment as opposed to jail time, dropping overdose deaths dramatically. (Photo by Johannes Simon/Getty)

USA: On April 20, House Minority Leader Chuck Schumer announced a plan to decriminalize marijuana use at the federal level. The bill that Schumer is working on will delist marijuana from the federal list of controlled substances. Schumer’s aim is to reduce punishments related to weed usage and encourage more efforts to legalize the drug at the state level. The bill will not stop federal law enforcement from stopping the movement of the drug between states where usage is legal and states where it is not, however.

With over 60 percent of Americans in favor of decriminalizing weed, and with former Republican Speaker of the House John Boehner gunning for legalization legislation, it is probably only a matter of time before marijuana becomes decriminalized or legal. (Photo by Justin Sullivan/Getty)