Your Childhood Dream of Living in a LEGO House Is Real 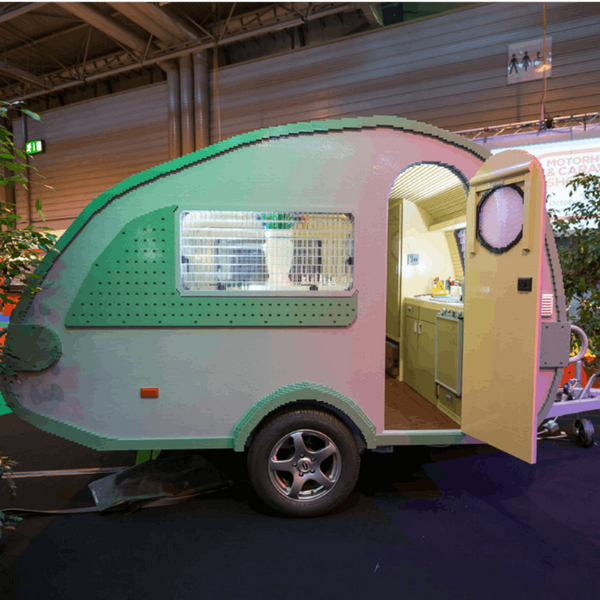 There’s an infinite number of way you can configure LEGOs, and as a kid, you probably dedicated several hours of your life to doing just that. Perhaps you built furniture or maybe even entire towns. How about creating a life-sized creation you can not only tow around, but could also live in? A team of 12 creatives did just that when they spent 1000 hours constructing a caravan made of an incredible 215,158 LEGO bricks.

According to Design Milk, the LEGO fantasy was built by Bright Bricks, a professional LEGO building company (yes, that’s a real company you could work for), and commissioned by the UK’s NCC—an organization that represents motorhomes and tourers—to celebrate 130 years of leisure caravanning.

The caravan was complete with a LEGO fridge with LEGO groceries. Amazing. The design was modeled after a “teardrop” style caravan and features fully-functioning (!!) amenities such as electric lights, a sink with running water, a (likely uncomfortable) bed and built-in plastic flowers that you never have to water.

In October, the caravan was presented a Guinness World Record for its design and was displayed next to a real caravan at the National Exhibition Centre in Birmingham UK.

There you go. You childhood dreams of living in the LEGO house you built might not be too far from reality.

What’s the craziest thing you’ve ever made out of LEGOs? Tweet us @BritandCo.

(Photos via The NCC)

Corie Hengst
Corie is a freelance writer, editor and self-proclaimed grammar nerd. Over the years, she has written and edited a variety of articles ranging from travel to finance to beauty. When she’s not writing, you can find her surfing travel websites, cooking and teaching at Gotham Writers’ Workshop in New York City.
lego
Home News
lego
More From Home News