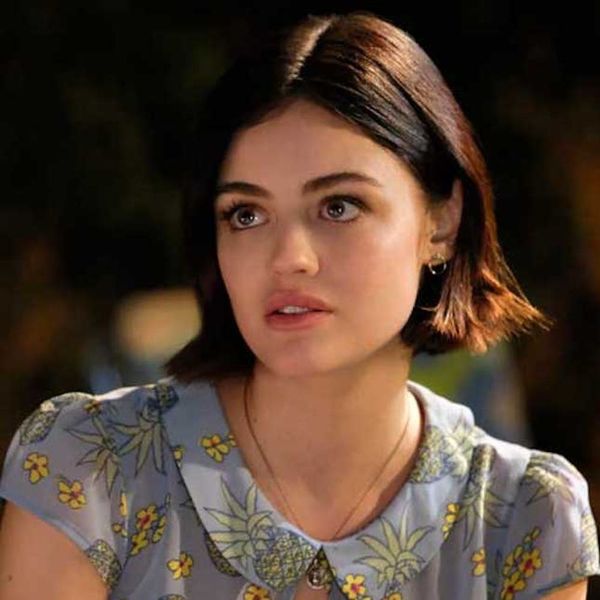 This week, Life Sentence bounced back from an uneven episode with one that was firing on all cylinders. There was a running theme of marriage being work, coupled with Stella (Lucy Hale) getting a wake-up call in regards to how unprepared she is for the real world.

For Stella and Wes (Elliot Knight), the bills are piling up because he’s trying to make a living as a furniture maker and Stella is a barista. She applies for a manager position and finds out that she didn’t actually graduate high school. Her parents got her an honorary diploma even though she didn’t complete enough work to graduate.

Side note: The conversation between Stella and Aiden (Jayson Blair) about all the stuff she hasn’t done was really funny. I believe Hale and Blair as siblings more and more with each passing episode.

Stella: “Is there anything that they didn’t lie to me about?”

Aiden: “You are their biological daughter.”

Stella: “So, I didn’t really win the science fair?”

Aiden: “Stella, you kept a moldy potato as a pet.”

Stella: “What about this stupid pie-eating contest? Did I win that?”

Aiden: “Yeah, that was real. But I think the medical marijuana should have counted as a performance-enhancing drug.”

Now she can’t apply for the manager position unless she gets her GED right away. But finding out that her family has done so much for her instead of letting her do it herself has Stella doubting her abilities, and she freaks out in the middle of the test and bails. This coincides with Wes getting offered a consulting position with a finance firm, a job he used to do and hated. He wants to take the position because they need the money, but Stella gets mad at him for not pursuing his dream and taking a job that makes him miserable instead.

Her mother (Gillian Vigman) helps her see that marriage is work and it is sometimes about sacrifices. It’s all well and good to pursue your dreams, but you also have to have money to pay for things like food and your apartment. So Stella finally realizes — and accepts — what a sacrifice Wes is making for her. Given that this is a TV show, I kind of expected that Wes’ furniture-building dream would take off by episode’s end and suddenly everything would be fine. That would not have been great. I’m glad that Wes and Stella both have to work for at least a little while in jobs they don’t like, since that’s something adults deal with all the time.

Another bright spot was Stella saying she couldn’t use Dr. Grant (Riley Smith) as a reference on her manager application because she’s avoiding him after the whole wildly inappropriate comment about how it’s a shame he didn’t meet her before she got married. Good for you, Stella (and show writers). Let’s keep that up.

Meanwhile, Aiden goes to Marlene’s first ultrasound, and when he hears the baby’s heartbeat, he jumps all in — he wants to move in with Marlene, he wants to get married. Everyone is stunned, but Stella and Peter (Dylan Walsh) are proud of Aiden for stepping up to try to be a good father. It all becomes kind of a moot point, though, when Aiden finds out the baby isn’t his, something Marlene didn’t actually know — it was revealed by the baby’s gestational age at the ultrasound. Aiden tries to say he’ll still help her, but he then admits that’s probably not true.

That seems to be the end of the Marlene storyline. There’s a chance Aiden tries to help her out anyway, but it feels like this is done, which is kind of a shame. It was an interesting direction for Aiden and would have been even more interesting if he had decided to stay with Marlene anyway.

Elsewhere, Peter and Ida hang out together while babysitting their grandkids and the ice seems to be thawing between them. It’s nice.

What did you think of this week’s episode of Life Sentence? Tell us @BritandCo!