Today’s Professionals Value *This* Over a Corner Office 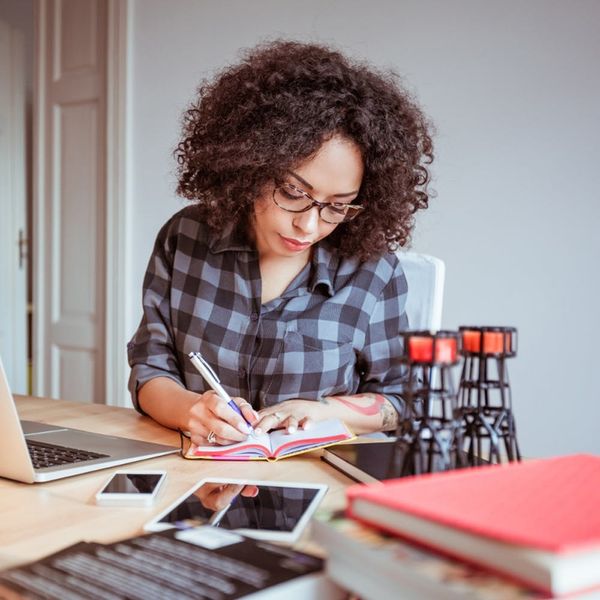 At the risk of playing into all of the millennial stereotypes that we hate — ICYMI, word on the street is that we’re lazy and entitled — we’re just going to come right out and say it: Being constantly “on” at the office is no easy feat. And regardless of what other generations might say about us 20- and 30-somethings, we’re pretty confident they feel the same way. Mustering up the energy to get out of bed and kill it at work every. single. day. is a challenge, no matter how driven or ambitious you are. In spite of that challenge, though, you’re out there doing it… and doing it pretty darn well too.

So what keeps people motivated to stick with the hustle? Professional networking giant LinkedIn recently conducted a study to find out what’s driving young professionals to perform their best at work. “Our new research takes a closer look at how professionals think about success — how they feel about it, define it, talk about it, and pursue it,” says LinkedIn career expert Blair Decembrele.

According to the findings of this study, a top measure of success for today’s working population is the potential to be their own boss and control their own schedule. Per Decembrele, “the corner office is out… entrepreneurship is in!” Of the two thousand professionals polled by LinkedIn and Harris Polls in November 2017, just four percent say they would see claiming that once-coveted corner office as a win. That leaves a staggering 96 percent who say they don’t care.

What they did value was flexibility: One-third of participants also said they would take a 10 percent pay cut if it meant they could design their own schedule. Side hustles are on the rise as well — one-third of respondents say they earn extra money outside their day job by moonlighting at a part-time gig or building a business out of a passion project.

“With the rise of the gig economy and freelance work, pursuing a side hustle is becoming the norm — particularly for millennials,” Decembrele tells us. “The prospect of transitioning a side hustle into a full-time career is a key motivator for professionals. We’re also seeing an increase in freelance and part-time positions as more companies are open to hiring contractors.”

Part of having flexible hours and side projects is driven by preventing career FOMO: 65 percent of Americans said they’re less likely to miss any opportunities for success if they keep all their options open.

If you find yourself falling in with the 96 percent of people who aren’t interested in the corner office at your current job and instead put a higher value on independence and flexibility, but still aren’t in a position to pursue a side hustle or entrepreneurial project, don’t get discouraged! There are ways to appeal to those millennial motivators of yours without doing anything drastic. Do a little research and find out what resources your company might already offer to help you achieve the autonomy and balance you crave. These are seriously trendy concepts, so it’s likely the bosses have already taken steps toward making them part of the professional culture.

“As more and more professionals seek flexible schedules at work, companies are embracing working from home, as well as investing in new open-concept floor plans and office amenities to attract and retain top talent,” Decembrele says.

Do you think working from home or on an alternate schedule would help you do your best work? You won’t know if your boss will be okay with it unless you ask. And keep your ears open for buzz about other adjustments the company might be making to keep up with changing industry trends. Those developments might be exactly what you need to help keep your eye on the prize at work.

What motivates you at the office? Tweet us @BritandCo!

Alli Hoff Kosik
Alli Hoff Kosik is a freelance writer who is passionate about reading, running, rainbow sprinkles, her lipstick collection, watching embarrassing reality TV, and drinking pink wine. She lives in Brooklyn with her husband and (in her dreams, at least) three golden retriever puppies. Listen to her talk books on The SSR Podcast.
Career
Work
Career Career Advice study