Here’s Why LuLaRoe Employees Are Pissed at Their CEO 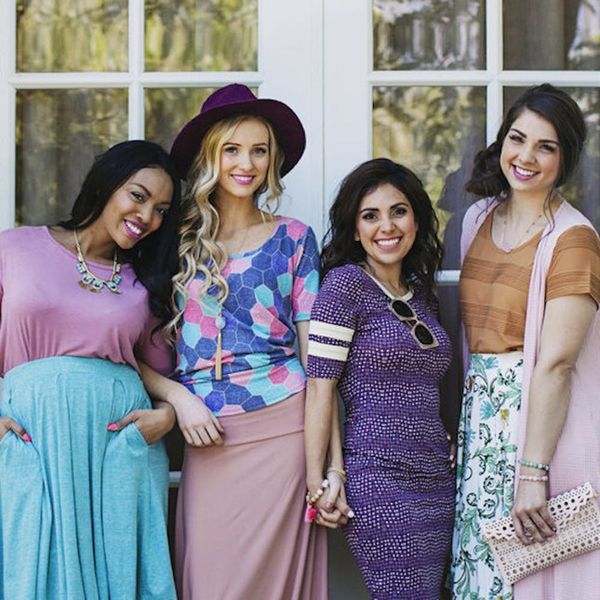 LuLaRoe, makers of the bright floral-printed leggings you’ve likely seen floating around on your Facebook feeds, has had a rough go of it lately. Not only has the brand seen some major backlash from customers who complain that the clothing is literally falling apart on them, but LuLaRoe is now seeing it from the other side, too: their sales reps.

According to Racked, reports of mistreatment of their freelance employees have begun to stack up, and some reach as high up as the company’s CEO, Mark Stidham. If that name is familiar, it’s because he’s the same man who told Business Insider that he didn’t “feel we have much to apologize for” when customer complaints began to arise.

In a recent (now-deleted) webinar meant to “motivate” employees, Stidham was reportedly quoted as chastising 80,000 reps who complained about stale inventory by saying, “No, you’re stale. Your customers are stale. Get out and find new customers. If you bring a new customer in, then your inventory isn’t stale. The problem is, you try to sell to the same group of people day after day after day.” He also reportedly told them to ignore any negative comments they may have heard about the company by saying, “You cannot wrestle with the pig without getting a little mud on ya. Don’t wrestle with the pigs, ignore them.”

And employees say it goes far beyond what some call “abusive” pep talks: Current and former consultants for the company claim that they’re being intimidated from selling their merchandise (for which they already paid) at a discount. To enter into a contract with the brand, each consultant must first buy $5,000 worth of product. A source revealed to Racked that it clearly states they can sell the product at whatever price they like, so long as they don’t advertise discounts. Still, she says consultants are encouraged to “police” sales by other consultants. In fact, she says, there’s actually a “dedicated compliance department for reporting such issues.”

It’s particularly an issue for those looking to sell off their inventory to get out of what they say is an oversaturated business, and many have been unable to recoup the funds they shelled out, as a portion of each individual sale goes to the sponsor who signed the sales rep up. Currently, several consultants are participating in what is known as GOOB (Going Out of Business) sales to avoid selling items back to the company with a restocking fee and stipulations about which items they’ll accept.

“After failing to give me damage and backorder credits, I have no reason to trust them that I will get 100 percent back in this process,” one anonymous woman told the outlet. “When the Titanic was sinking, people didn’t ask the captain for a refund.”

What do you think of the new LuLaRoe claims? Tell us over @BritandCo.

Nicole Briese
Nicole is the weekend editor for Brit + Co who loves bringing you all the latest buzz. When she's not busy typing away into the wee hours, you can usually find her canoodling with her fur babies, rooting around in a bookstore, or rocking out at a concert of some sort (Guns N' Roses forever!). Check out all her latest musings and past work at nicolebjean.com.
Athleisure
Style News
Athleisure Controversy
More From Style News