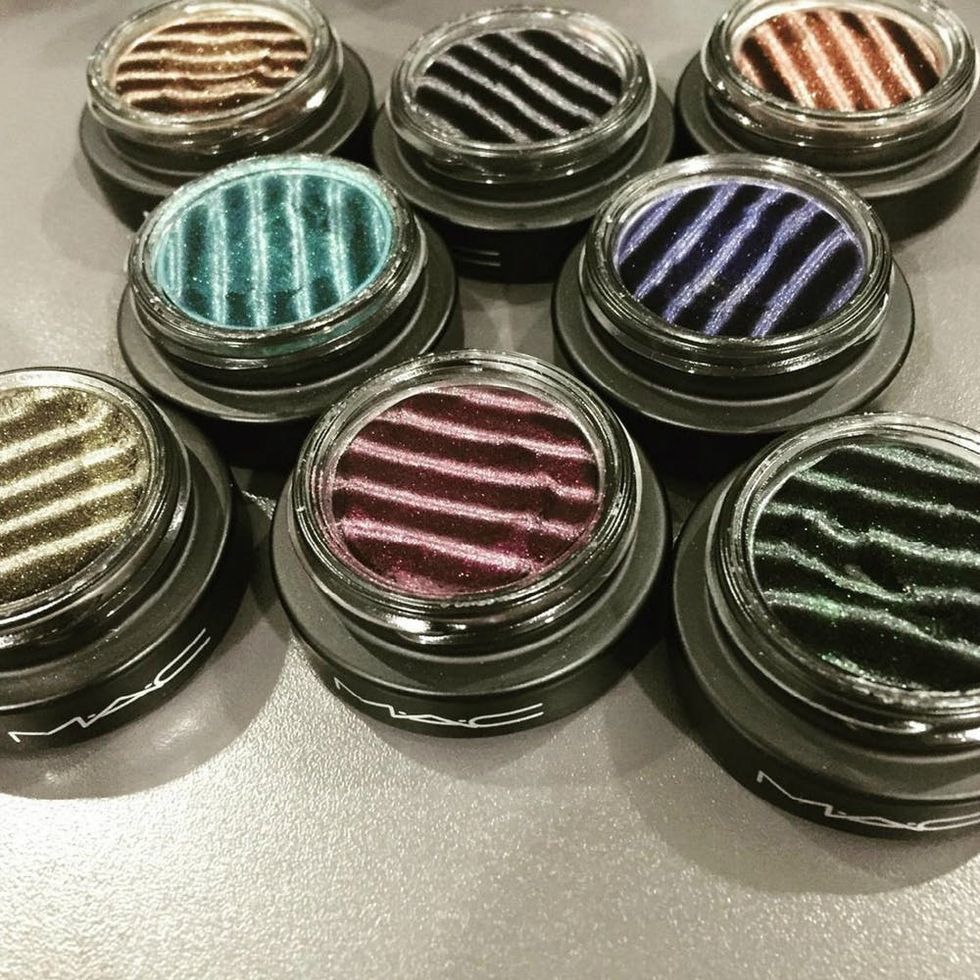 MAC has been on a GD ROLL lately ― not only did they just release a new, highly pigmented lipstick collection we need in every shade, they’ve pretty much just revolutionized eyeshadow as we know it: Not since eyeshadow jelly came on the scene have we been so amazed!

Set for limited release on October 20 (through December 1), the makeup company’s latest ingenious invention is dubbed “Spellbinder Shadow,” and it’s more high-tech than any shadow you’re likely to have in your current cosmetics bag.

For starters, the pigment in these eight bold hues has been “magnetized and charged,” MAC Vice President of Product Development, Nicole Mason, recently told Allure.

In a nutshell, what that means for beauty buffs is NO MORE SHADOW FALLOUT — we know. Insane, right? Not only will this stuff not flake off your lids, it ain’t coming out of the jar unless you take it out, either (OMG).

In fact, the magnetic pull is said to be so strong that the wave pattern of the product won’t budge (seriously, the vid is mesmerizing), even after you touch it or swish it around.

A word to the wise? Thanks to its hyper-pigmented nature, a little of this stuff goes a looooonggg way. The brand’s Director of Makeup Artistry, Gregory Arlt, told the mag that we’re working with “full-coverage, unapologetic color.” Duly noted!

Check it out in action below!

Are you excited about all the smudgeless shadow possibilities that lie ahead? Share @BritandCo!

Nicole Briese
Nicole is the weekend editor for Brit + Co who loves bringing you all the latest buzz. When she's not busy typing away into the wee hours, you can usually find her canoodling with her fur babies, rooting around in a bookstore, or rocking out at a concert of some sort (Guns N' Roses forever!). Check out all her latest musings and past work at nicolebjean.com.
Beauty Products
Beauty News
Beauty ProductsEye Makeup

20 Hot Drinks Guaranteed to Keep You Fired Up

Holiday Party Pieces You Can Wear Again And Again

These Festive Snacks Are Perfect For Your Holiday Charcuterie

Which Book You Should Cozy Up With, Based On Your Enneagram Type